Keeping the weight off requires less exercise than you might think
The role of at least moderate amounts of exercise in overall health is pretty clear. Yet despite the received weight-loss wisdom of "eat less and exercise more", it's not nearly as clear that exercise alone is as effective for initial weight loss as it is for helping maintain weight loss or preventing regaining lost weight.

Exercise more effective than medication in preventing diabetes
In 1996 a team of researchers with funding from multiple US governmental research centers designed a study known as the Diabetes Prevention Program Research Group to compare the impact of an intensive lifestyle change regimen, medication, or placebo on the risk of developing diabetes.

Body fat may matter more than Body Mass Index (BMI)
Almost six years ago I shared with readers a study that found that even when people's Body Mass Index was within normal range, if their Waist to Hip ratio was over .90 (the World Health Organization defines this as centrally obese) they were more likely to die of any cause than those whose Body Mass Index and Waist to Hip Ratio were within clinically normal parameters.

Add weightlifting to your aerobic workout 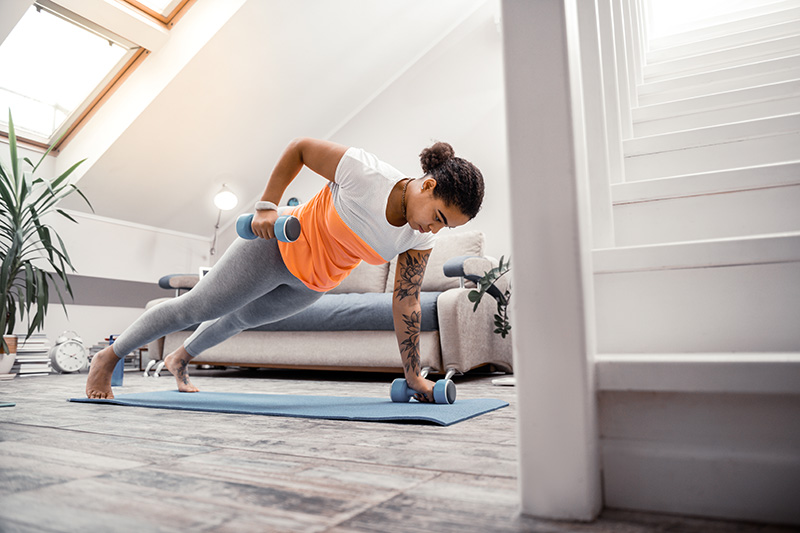 In the last couple of years we've seen more and more research suggesting that exercise is an important component of overall health. We've seen that exercising more vigorously contributed to a lower risk of death from cardiovascular-related diseases and quantified the number of steps (7,000/day) that was related to a significantly lower risk of any cause. Bicycling seems to be related to a lower risk of diabetes, and exercise helped those with resistant hypertension improve their blood pressures.

Today's research drew upon participants' survey responses for The Prostate, Lung, Colorectal and Ovarian Cancer Screening Trial, which began gathering data in 1993 (Br J Sports Med doi:10.1136/bjsports-2021-105315). The over 154,000 men and women who originally participated in this ongoing trial were between 55 and 74 at the start of the study and were drawn from 10 different cancer centers across the United States: from Washington, DC; to Honolulu, Hawai'i; and from Detroit, Michigan; to Birmingham, Alabama.

In 2006 just over 104,000 of those participants responded to a follow-up survey that for the first time included questions regarding modes of exercise that included the amount of weight lifting performed in the last 12 months ( from less than once per month up to 7 or more times per week) as well as how often and for how long the participants might have participated in moderate or strenuous physical activity in general.

In 2016 the researchers compared the study responses of those in the study who had died between 2006 and 2016, looking at not only mortality in general but also deaths from cardiovascular disease or cancers specifically.

For their analysis the authors excluded participants who did not provide any information about their level of physical activity, leaving just under 100,000 participants to be analyzed.

After taking into account age, sex, education level, Body Mass Index, race/ethnicity, smoking status, and other chronic diseases such as high blood pressure, diabetes, or osteoporosis, the researchers could compare the risks of death for those who engaged in weightlifting with those who did not. The authors focused particularly on the effects of moderate-to-vigorous physical activity with the addition (or not) of weight lifting.

First, compared to those who were inactive and did not do any weightlifting, those who met the minimum levels of aerobic exercise (at least 150 minutes/week) and lifted weights 1-2 times per week were 41% less likely to die of any cause.

There are a few drawbacks to this study, from its single point of assessment of exercise to the fact that the amount and type of exercise was self-reported and thus subject to error.

That said, this study includes almost 100,000 men and women who were tracked for over 10 years. We do know that weightlifting is associated with gains in functional strength as well as healthier muscles and bones overall; this study suggests that adding some weightlifting to your exercise routine may well yield significant benefits. If you're new to weightlifting, ask your physician for a referral to a physical therapist who can help you get started safely.