Exercise to maintain
Exercise is a great way to make sure that you burn more than you eat, and the current federal recommendation is for 150 minutes a week (that's 30 minutes per day, 5 days a week) of moderate exercise for "substantial health benefits."

Underscoring the importance of moderate exercise 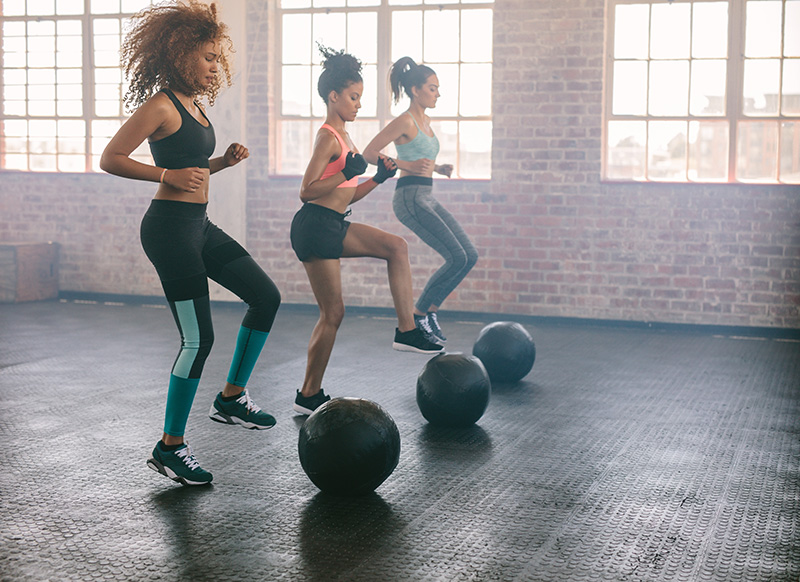 A study recently published in JAMA Internal Medicine (2020; doi:10.1001/jamainternmed.2020.6331) suggests that a higher ratio of vigorous physical activity to moderate physical activity, in those who are meeting the recommended activity goal, may help reduce one's risk of death from all causes.

An international team of authors utilized data from an ongoing survey conducted in the United States by the CDC: The National Health Interview Survey. While the survey itself is ongoing, the authors analyzed data collected from surveys administered yearly between 1997 and 2013, which included a total of over 490,000 men and women. For their analysis, the authors excluded those with missing information on physical activity, those with disabilities or who simply could not perform moderate-to-vigorous physical activity, and those who reported a diagnosis of heart disease, stroke, or cancer at the start of the study.

The authors then analyzed the cause of death, including all-cause mortality; death from cardiovascular disease of any kind; and cancers of any kind, for those who passed away during data collection and compared those participants' level of physical activity with those participants who did not pass away.

After over ten years of analysis, the authors took into account variables such as age, gender, marital status, educational level, Body Mass Index, and diagnosis of high blood pressure or diabetes (whether type 1 or type 2).

The authors conclude that "Clinicians and public health interventions should encourage achieving the physical activity guidelines to reduce mortality but also advise on the potential benefits associated with [Vigorous Physical Exercise (VPE)] to maximize population health."

It's true that those whose levels of Vigorous Physical Exercise were 25%-75% of their total activity were about 20% less likely to die of a cardiovascular-rated cause than those who exercised but did not engage in VPE. On the other hand, the data suggest that those whose physical activity was ALL VPE were only 10% less likely to die of all causes - basically the same risk as those who performed only Moderate Physical Activity all week.

Sure, if you're already engaging in at least 150 minutes of Moderate Physical Activity per week - that's 30 minutes per day, 5 days per week - it would be great if you could increase the intensity of your physical activity at least part of the time.

For my patients, I take this as reinforcement of the importance of a regular course of moderate physical activity at least 5 days per week. In these pandemic times, even a masked and socially-distant walk multiple times around the block a few times a week will yield fairly significant benefits. Similarly, any exercise program that gets your heart moving a bit - whether it's yoga, Zumba®, spin classes, or taekwondo will do as long as you do it regularly.