Is high blood pressure in pregnancy linked to later health risks?
As many as 15% of women who become pregnant develop either gestational hypertension or pre-eclampsia. Gestational hypertension is defined as high blood pressure that appears after 20 weeks gestation without other clinical signs of pre-eclampsia, which is a potentially life-threatening condition for both mother and child.

A Mediterranean Diet, Pre-Pregnancy, Helps Prevent Birth Defects
Can a woman's diet in the year before her pregnancy affect her risk of having a child with a birth defect? Recently published research found a significant link.

Lower risk of adverse pregnancy outcomes with a Mediterranean diet 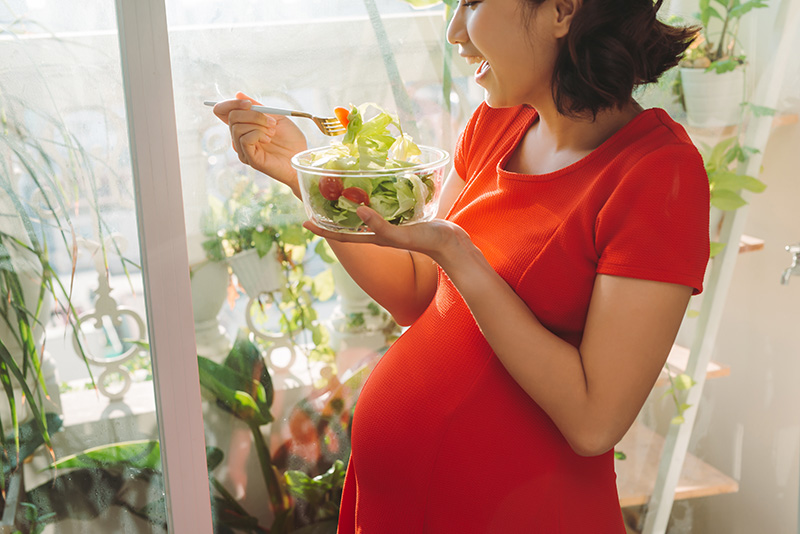 It appears that a higher Mediterranean diet score around the time of conception may significantly reduce the risk of adverse pregnancy outcomes, especially pre-eclampsia and eclampsia.

In 2021 we reported on a study that suggested that a healthier diet early in pregnancy was linked to a lower risk of gestation diabetes, high blood pressure, and preeclampsia, regardless of whether the pregnant person's diet was scored against a Mediterranean-style diet, a DASH diet, or the Alternate Healthy Eating Index, which measures adherence to the 2005 Guidelines for Americans.

Today's research is similar, but while the 2021 study included just 1887 participants, this study, published in JAMA Network Open (2022;5(12):e2248165) includes 7798 participants. Moreover, the 2021 study made use of data gathered for the Nurses' Health Study II and was not specifically designed to assess pregnancy and diet.

This study is known as the Nulliparous Pregnancy Outcomes Study: Monitoring Mothers-to-Be, which initially enrolled over 10,000 participants across the United States between 2010 and 2013. Participants were invited to join the study when they were between 6 and 13 weeks pregnant with their first child.

Upon enrollment the participants provided demographic, lifestyle, and medical information and responded to a detailed dietary questionnaire regarding their usual diet for the previous three months - the period just before becoming pregnant as well as through the first weeks of pregnancy. Those whose questionnaires were incomplete or who reported having high blood pressures or diabetes before becoming pregnant were excluded from the study.

The dietary scores of those who developed an adverse pregnancy outcome were compared to those who did not, with a low MDS considered to be between 0 and 3 points; moderate, 4-5 points; and a high score 6 to 9 points.

For their analysis the authors considered the participants' age, race and ethnicity, marital status and education level, and pre-pregnancy Body Mass Index, among other variables.

Participants with a high MDS (scoring 6-9) were 21% less likely to experience any adverse pregnancy outcome than those with a low MDS (scoring 0-3). More specifically, a high vs. low MDS meant a 28% lower risk of preeclampsia or eclampsia and a 37% lower risk of developing gestational diabetes.

In this study, adverse pregnancy outcomes were defined as at least one of the following:
• gestational hypertension (high blood pressure)
• preeclampsia or eclampsia
• gestational diabetes
• preterm birth (live birth before 37 weeks whether spontaneous or medically indicated)
• small-for-gestational-age infant
• stillbirth

This is a larger and far more specific study than the one we reported on last year, and strengthens the quality of the evidence significantly. Those who are working on becoming pregnant would do well do consider where their diet scores with respect to a Mediterranean-style diet. Here's a quiz to help you assess your Mediterranean Diet Score.