Exceed exercise guidelines to prevent gestational diabetes
Current pregnancy guidelines recommend that most pregnant women perform at least 30 minutes of moderate exercise "most days of the week" unless there are clinical reasons to avoid it.

Why exercise alone may not help you lose weight
If you're working on your weight (or even if you're not), chances are you've been told to "eat less and exercise more."

Good for you: less exercise than you might think
You might think that this means that you need to take up a 10-mile-a-day running habit or something equally strenuous. Nothing could be further from the truth.

The benefits of cycling for those with diabetes 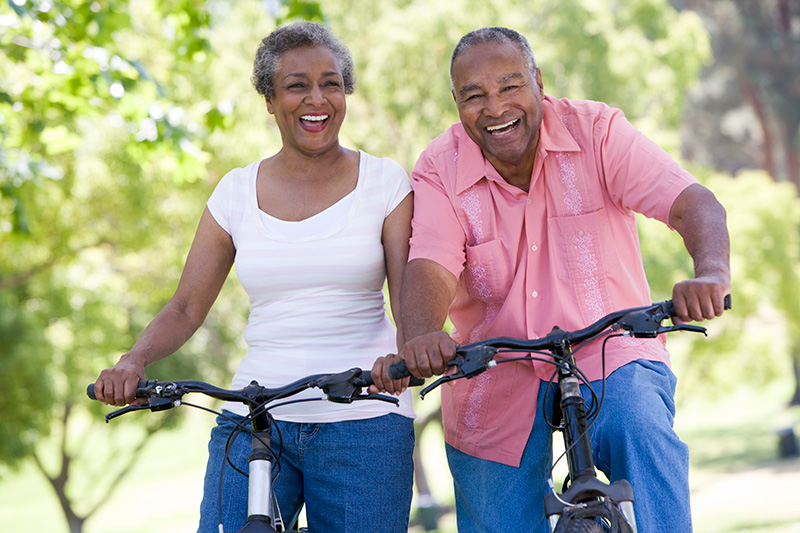 Back in April I shared with you a study that suggests that exercise can help reduce the risk of developing diabetes in those who are overweight or obese. In fact, "For every additional 17 minutes of brisk daily walking, the participants saw a 6% reduction in their risk of developing diabetes." Yet exercise is also important for those who already have diabetes: it helps improve glucose control and cardiovascular fitness and reduces the risk of overall mortality as well as mortality due to heart disease.

An international team of researchers noted that one of the greatest barriers to regular exercise is time. What if people with diabetes started using a bicycle for those short-to-medium trips people make regularly, such as commuting? What impact might that have on their risk of mortality? (JAMA Int Med 2021;181(9):1196-1205)

The European Prospective Investigation into Cancer and Nutrition (EPIC) is an ongoing study that began recruiting participants in 10 Western European countries between 1992 and 2000 and continues today. Over 500,000 men and women are included, but for today's research the authors focused on the just over 7,400 people who had been diagnosed with diabetes (any type) before the study began.

Upon recruitment the participants responded to a detailed lifestyle survey that allowed the researchers to assess the participants' levels and types of physical activity, from the nature of their work (sedentary? hard physical labor?) to any leisure time exercise as well as activities of daily life.

After an average of 10 years of follow-up, the authors compared the amount of cycling the surviving participants reported at the start of the study with that of those participants who passed away.

With the results from the follow-up survey, the authors could also look at those who took up cycling after the initial survey, those who stopped cycling, and those who reported cycling at both surveys.

Certainly there are plenty of barriers to cycling: first, you need a bicycle, then you need somewhere safe to ride it.

What I take from this study is that yes, cycling is great exercise, but any moderately intense exercise that you can do consistently will help those with diabetes reduce their risk of mortality. Aim for at least 150 minutes of exercise per week - that's 30 minutes per day, 5 days per week.