The Mediterranean Diet is the name that has evolved to symbolize the healthy foods eaten by those people whose countries surround the Mediterranean Sea. Their diets are higher in vegetables, legumes (beans and peas), fruits, nuts and whole grain cereals. The main fat used is olive oil and there is less use of highly saturated fats like butter and lard. 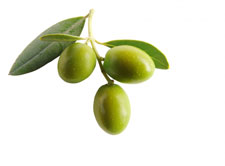 Instead of beef and poultry as the main animal protein, they eat mostly fish with some dairy, although much of the dairy is in the form of cultured products like cheeses and yogurt. The lower intake of poultry and red meats is coupled with a moderate consumption of wine (mostly with meals).

These ingredients form the basis of Dr. Gourmet recipes. The diet for the most part adds up to fewer calories and better quality foods than the diet that has evolved in America and Western cultures. Interest in this way of eating began because of the longevity of those who have traditionally eaten this way.

The Mediterranean Diet as such was originally recognized by Ancel Keys, a physiologist who believed as early as the 1950s that heart disease was not a necessary part of the ag eing process. Dr. Keys laid the foundations for what we now refer to as the Mediterranean Diet. He lived to be 100 and was active in his field well into his 90s - testimony to the importance of eating well and eating healthy. Next Page »

If You Needed Any More Evidence: More on the Mediterranean Diet
Researchers in Italy recently pooled the results of 12 previously-performed studies of the effects of the Mediterranean Diet on people's overall health (BMJ 2008; 337:a1344). These studies included, in total, over 1.5 million people and each study lasted between three and 18 years.

Mediterranean Diet, lifestyle factors, and the elderly
Researchers in the Department of Dietetics at Harokopio University, in Athens, Greece, evaluated the combined effects of a Mediterranean Diet, alcohol consumption, physical activity, and other factors on the cholesterol levels of persons 65 and over.

Just a little olive oil
Olive oil has a well-deserved reputation for helping to reduce the risk of heart disease. Most of that reputation is from research into the Mediterranean Diet, so named because it is a collection of dietary habits followed by those in the region of the Mediterranean Sea.

More interesting Mediterranean Diet research
Eating a Mediterranean diet has clearly been shown to help reduce the risk of heart disease. Numerous studies have been completed, but most have compared the diet to a typical Western diet....

A Mediterranean Diet Won't Make You Fat
You've probably heard that a "Mediterranean Diet" will help you live longer. . . . Recently, though, there's been some concern that although a Mediterranean diet might be good for your heart, it appears to lead to weight gain and obesity.