Which diet has the best evidence?
It is notoriously difficult to do high-quality nutrition research. The gold standard of research, of course, is the randomized, controlled trial, in which a particular treatment (say, a particular diet) is compared to another treatment - ideally a placebo (in dietary terms, usually the participants' usual diet). This goes on for as long as possible while the researchers observe the differences in outcomes.

A higher protein diet may increase risk of heart failure
The high-protein, low-carbohydrate diet fad still seems to be going strong. While such diets do help people lose weight (largely because they stop eating junk), we already know that diets that are high in animal protein and animal fats put people at greater risk of type 2 diabetes.

Cut calories vs. cut protein intake: the results will surprise you 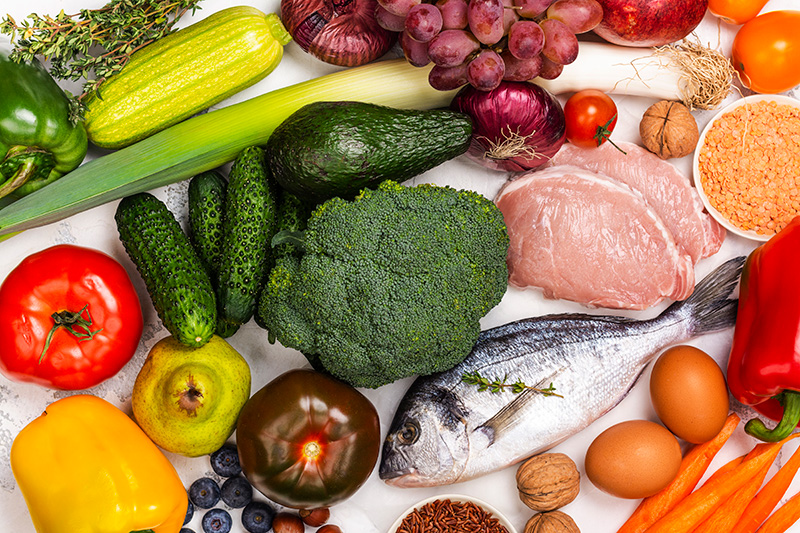 For decades the mantra for weight loss has been "calories in vs. calories out", as if you would get the same results consuming Twinkies® or vegetables. The truth is that losing weight is a far more nuanced proposition - humans are not machines, after all - and there are multiple factors working against even the healthiest person losing weight, let alone those with conditions that affect metabolism.

We've seen that in the context of those cutting calories, consuming a higher quality of calories results in greater weight loss than those consuming lower quality calories.

Lately we've seen an emphasis on consuming more protein: from fad diets like a ketogenic diet or a Paleo diet to convenience foods touting their "high protein" content. Aside from whether the average American needs to consume more protein (they don't), the implication is that more protein is better for you and somehow will help you lose weight.

What if that's wrong?

Researchers based mostly in Brazil devised a randomized controlled trial comparing a macronutrient-balanced, reduced calorie diet with a diet reducing only the percentage of calories from protein (Nutrients 2022, 14, 2670). They noted that cutting calories overall and the resulting weight loss often helped improve the measures of metabolic syndrome in those diagnosed with the condition. Higher protein intake, on the other hand, has been linked with greater risk of death from heart disease (in humans) and greater risk of metabolic disorders (in mice).

The authors recruited men and women between 25 and 60 years of age with a Body Mass Index between 28 and 40 (clinically overweight to obese). All participants had been diagnosed with non-insulin-dependent type 2 diabetes as well as high blood pressure and poor cholesterol scores but did not have heart disease, cancer, or liver/kidney disease.

After screening over 150 persons, just 21 men and women met the criteria and were willing to remain in the lab (hospital) for 27 days - the duration of the study.

Two weeks before the study the participants provided blood samples for analysis and were weighed. For the two weeks thereafter the participants followed a diet consisting of about 50% carbohydrates, 30% fat, and 20% protein.

On admission to the hospital the participants were randomly assigned to a Caloric Restriction (CR) diet or a Protein Restriction diet. Three meals per day, as well as snacks, were provided to each participant based on their assigned group.

Both groups consumed the same foods - the only difference were the number of calories consumed and the ratio of macronutrients. Further, both groups consumed about 4,000 milligrams per day of sodium chloride, which is lower than the usual amount in Western diets but nearly twice as much as the USDA recommends.

After 27 days in the lab (hospital) the participants again had their blood drawn and were weighed.

The results are quite surprising.

Both groups saw similar improvements in fat mass as well as heart rate and blood pressures, while fasting blood glucose levels and HbA1C (a measure of glucose control) improved more for those in the CR group than the PR group. On the other hand, markers of insulin sensitivity, muscle damage, and C-reactive protein (an inflammatory marker) were improved more for the PR group than the CR group, while neither group's markers of kidney damage were affected. Both groups also burned about the same number of calories per day as they had on the first day of the study.

After release from the lab, about half of the participants returned to the lab one month later for more blood tests, with "no significant changes in fasting glucose, cholesterol, LDL cholesterol, triglycerides, or body weight... between the moment of hospital discharge" and their return, suggesting that these improvements may have long-term effects.

This is a very small study, but the fact that the participants spent 27 days in the lab, with all their meals provided, lends weight to the results. The authors state, "Given that neither energy intake nor total energy expenditure is affected by PR in our study and given that the individuals in the PR group had an isocaloric diet personalized to their basal energy expenditure, it is not clear how these individuals lost weight."

Clearly more research is needed, but at the very least this suggests that the Western emphasis on greater and greater protein intake is to be taken with a big grain of salt. Instead of trying to consume more protein, work on improving the overall quality of the calories you're consuming. Whether you lose weight or not, you'll be healthier.