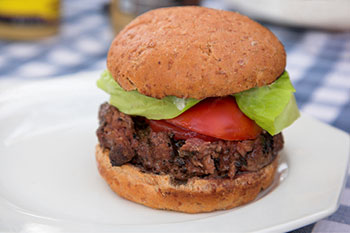 I'm a practicing physician: I see patients every day. When I counsel my patients about their diet, I want to meet them where they are, in the world they live in, with the real challenges they face. I'm not interested in what might be a "perfect" diet: I'm interested in helping my patients make realistic dietary changes that they can live with for the long term for the sake of their, yes, long term health. So I don't hide the fact that I think that fad diets like the Atkins Diet, South Beach Diet, or the Paleo Diet are just silly. Not only is the quality of the science they are (supposedly) based on pretty poor, the fact is that for most people these are not diets they can live with for their entire lives.

High protein diets like the three I mentioned above have been touted as helping people lose more weight, lose it faster, keep it off, and even improve clinical scores like cholesterol and blood pressure better than either low-fat or high-carb diets. While some (poor quality) research has been interpreted to mean that a low-carb diet is better for you than a low-fat diet, other research has shown that over the longer term those following a low-carb diet were no more likely to develop heart disease than those following a higher-carb diet (although those consuming more vegetable protein did have reduced risk).

The study lasted about 6 years, and the participants filled out a detailed dietary questionnaire and submitted to blood tests and body measurements on a yearly basis. For this study the authors analyzed each participants' protein intake, classifying it as either animal or vegetable protein, stratifying the amounts (both total protein and whether animal or vegetable) by increasing amounts, and also classifying the individual's protein intake by percentage of overall daily calories as well as the average number of grams of protein per kilogram of body weight consumed per day. They also looked at whether an individual's body weight changed significantly and whether their waist circumference may have changed.

These results just don't support people's belief that a high-protein diet is a good tool for managing one's weight in the long term. Further, a high-protein diet may be said to be bad for you, increasing your risk of cancer, heart disease, and death from all causes. Bear in mind that 2/3 of the people in this study were already following a Mediterranean-style diet: these results from higher protein consumption are in spite of the participants' overall dietary pattern. Moderation is still key.