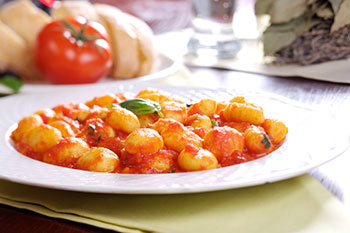 One of the concerns with diets that drastically restrict the amount of fat, protein, or carbohydrates is the lack of evidence regarding their long-term effects on one's health, especially cholesterol scores. Researchers at Stanford University recently released a study comparing the effects of several popular diets (Atkins, the Zone, and Ornish) with the more traditionally recommended diet pattern of low-fat, high-carbohydrate, and reduced calories (JAMA 2007;297(9):969-977).

Over three hundred premenopausal women who were overweight or obese but were neither diabetic nor on heart medications were randomly assigned to one of the four diet plans. Their Body Mass Index and their cholesterol scores were recorded at the beginning of the study, then again after two, six, and twelve months. Initially, once per week for eight weeks, each group met with a dietitian to learn about the diet they would follow. The Atkins group ate 20 grams of carbohydrates per day for the "induction" phase of the diet (2-3 months), then increased to 50 grams of carbohydrates per day for the "ongoing weight loss" phase. The Zone group consumed 40% of their calories per day from carbohydrates, 30% from protein, and 30% from fat, while the Ornish diet restricted fat to less than 10% of calories each day. In addition, the recommendations that each diet plan made for changes in exercise, nutritional supplements, or behavioral changes were also followed.

The outcomes? After twelve months all women lost weight. Those following the Atkins diet lost the most weight (about ten pounds, on average), while those on the Zone diet lost the least (about 3.5 pounds). None of the diets did any harm to the subjects' cholesterol scores, while all women saw a modest improvement - as one would expect from the amount of weight lost.

The take home message here is that all of the diets worked, while Atkins worked a little better. That said, who wants to eat that way? Take your time with a diet like The Dr. Gourmet Diet Plan that you can live with for the long haul, as most research shows that those who use Atkins, Zone or Ornish can't stick with them. The truth is that you can eat great food and eat healthy.