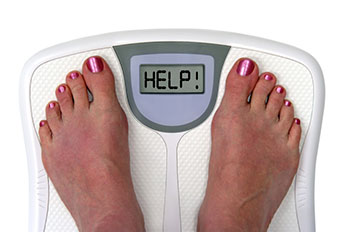 The media has been all over today's study from the Annals of Internal Medicine (doi:10.7326/M14-0180), for the most part acting as if this were the last word on healthy eating. Proponents of the Atkins Diet are understandably celebrating, as the results of the study as published are that a low-carbohydrate diet increases weight loss and improves cholesterol scores more than a low-fat diet.

The authors recruited 148 adult men and women who were clinically obese (with a Body Mass Index over 30), who were free from cardiovascular disease, type 2 diabetes, or kidney disease, had not had weight-loss surgery, and had maintained a stable weight for the 6 months leading up to the start of the study. Height, weight, cholesterol scores, body fat, and other demographic and clinical scores were recorded at the start of the study.

After one year those following a low-carb diet lost more weight than those on a low-fat diet, and their HDL cholesterol scores (the good cholesterol) improved while their total cholesterol and triglycerides remained about the same.

Looking pretty bad for a low-fat diet, isn't it? Here's what the media coverage doesn't tell you: this is an extremely poorly-designed study.

Tracking the participants' adherence to the diets was limited to dietary recalls done once every three months over the course of the study. Each dietary recall was for two days: a weekday and a weekend day. Dietary recalls (in which a study participant reports what they have eaten over the last 24 hours) are notoriously unreliable. Do you remember everything you ate yesterday? What about last weekend?

40 grams of carbohydrate is tremendously restrictive.  That adds up to about 3 slices of whole wheat bread per day.  The problem is that you don’t have to give up great food to be healthier and much better designed research than this study proves that.  In a study in the New England Journal of Medicine (http://www.nejm.org/doi/full/10.1056/NEJMoa0708681) showed that a Mediterranean diet was at least the equal of a low-carbohydrate diet for weight loss and, guess what, you get to eat real food.

We have known for a long time (before this new study was started, in fact) that low-fat and low-carbohydrate diets are silly.  Yet people persist in proving that they are silly.  I am not sure why.

Quite simply: ignore the hype and ignore this new study. An unsustainable diet (low-carb) versus a disproven diet (low-fat) equals bad science on its face. Add to that poor quality study design and you've got something that does nothing but add to the existing health and dietary misinformation.

You can - and should - eat great food that's great for you, and the Mediterranean Diet allows you to do just that. Even more importantly, you can do it fairly easily over the long term.