Nuts and your risk of dying from cancer or heart disease
Over the years we've written Health & Nutrition Bites on nearly a dozen peer-reviewed studies that focus on nuts and their impact on all sorts of conditions, including poor cholesterol scores, cancer, and type 2 diabetes. This doesn't include those articles written about a Mediterranean-style diet, which includes nuts as one of its nine dietary components. 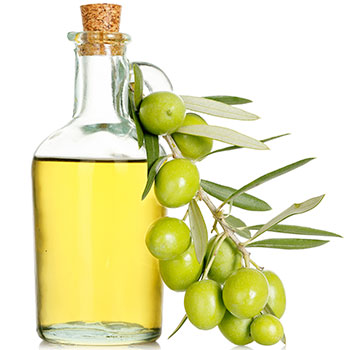 Back in 2010 I shared with you a long-term, large-scale study carried out in Greece that looked at the relationship between women's Mediterranean Diet score and their risk of breast cancer. Postmenopausal women with a score of at least 6 (out of nine possible points) were 41% less likely to develop breast cancer than those with scores of 3 or less.

That's pretty big news by itself, but the study's weakness is that it was a prospective study: the participants' diets and other lifestyle factors were recorded at the start of the study, then at the end of the study the diets of those who developed breast cancer were compared to those who did not. The gold standard for research is still the controlled trial, in which one (or more) groups are assigned to an intervention and are then compared to a control group.

Today's study is just such a controlled trial. This is a study out of Spain known as PREDIMED (Prevención con Dieta Mediterránea), and I've reported on some of its outcomes before. These have included research on salt, the fiber in fruit, dementia, and diabetes risk.

Very briefly, over 8,000 men and women between 55 and 80 who were considered to be at high risk for cardiovascular disease were randomly assigned to one of three diets: a Mediterranean Diet supplemented with a daily allotment of olive oil, a Mediterranean Diet supplemented with a daily allotment of mixed nuts (walnuts, hazelnuts, and almonds), or a low-fat diet (the control diet). Regular visits with a dietitian helped the participants stick with their diets, although it should be noted that they were not specifically encouraged to reduce their caloric intake or to increase their amount of exercise. After about 6 years the researchers ended the trial early because the evidence they had amassed regarding heart disease risk was already unmistakeable. Since then the study authors have continued analyzing the data to see what other effects a Mediterranean Diet might have on health.

Just two days ago their newest findings were reported in JAMA Internal Medicine (doi:10.1001/jamainternmed.2015.4838). For this analysis they limited themselves to the nearly 4,300 women in the study, whose average age was ~68. Thirty-five women were diagnosed with malignant breast cancers over the course of the 5 years included in this part of the study, with 31 cases being estrogen-receptor positive and 21 cases being progesterone-receptor positive. (Not all cases reported receptor status of either type.)

Intrigued by these results, the authors looked at olive oil intake more closely and found that those women who consumed at least 15% of their daily calories from olive oil enjoyed the greatest reduction in risk of breast cancer.

For an 1,800 calorie per day diet, 15% of calories from olive oil is 270 calories, or 5-7 teaspoons of olive oil (depending on the calories in the oil). That olive oil doesn't have to be drizzled on salads - that intake includes olive oil you cook with.

Don't make the mistake of assuming that it's the olive oil alone that protects women from breast cancer - the authors themselves note that people don't consume foods or nutrients in isolation, and this study was designed to evaluate a Mediterranean Diet supplemented with olive oil or nuts. Improving your Mediterranean Diet score by just 2 points over the long term can reduce your risk of death from all causes by 25%: here's more information on what a Mediterranean Diet looks like.