What's the best nut for your blood pressure?
I've talked about nuts quite a bit here at DrGourmet.com. Not only are nuts part of the Mediterranean Diet, there's been quite a bit of research on nuts themselves, not to mention research into specific types of nuts, including walnuts, pistachios, and almonds.

Stay sharp with a Mediterranean Diet 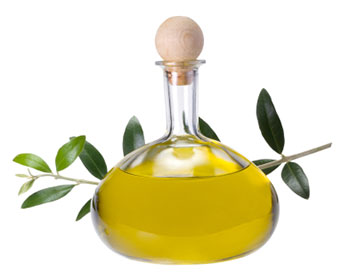 People are living longer, and that means more and more people are experiencing what is known as "age-related cognitive decline," or more colloquially, dementia. That doesn't just affect those who have dementia, of course - those with aging parents will know the personal and financial burden that comes with the effects of age, even in those who do not have dementia. Unfortunately, there are no medications (yet) to treat this fairly normal consequence of age.

Just because it's "normal" doesn't mean we shouldn't try to find ways to avoid it, however. Dementia is thought to be related to the effects of oxidative stress on the brain, so it's reasonable to suppose that foods high in antioxidants might help counter that oxidative stress, thereby reducing or eliminating one of the possible causes of dementia.

For today's article (JAMA Intern Med 2015;175(7):1094-1103) the researchers were able to administer standard cognitive tests to 334 men and women at both the start of the study and again at the end of the study - an average of 4 years later. These tests measured overall cognitive function, different types of memory function, attention, cognitive flexibility, and reaction time, and from those tests 3 composite scores were created for each participant: frontal cognition, global cognition, and memory.

While the participants in each of the three diet groups scored about the same at the start of the study, those in the olive oil group actually improved their scores in one specific test involving episodic memory as compared to the control group. The scores for reaction time worsened for all three groups - but least in the olive oil group.

In terms of the three composite scores, those in the mixed nuts group improved their memory composite "significantly" as compared to the control group, while the olive oil group improved its score in their frontal and global cognition composites.

The authors noted that the changes in the composite scores were very similar for both of the Mediterranean Diet arms of the study, suggesting that it's not the olive oil or the mixed nuts alone that are responsible for the diets' protective effects. While this is a smaller study, it's significant in that this was a prospective, randomized controlled trial - the gold standard of clinical research.