Preventing fracture: more evidence against vitamin supplements
Most of the time when we talk about treating or preventing osteoporosis, we focus on building bone, whether it's by taking calcium and Vitamin D supplements or by building stronger bones through weight-bearing exercise. What we don't discuss nearly as often are those risk factors for osteoporosis that have little or nothing to do with the bone mass you created during youth and early adulthood.

How to prevent hip fractures 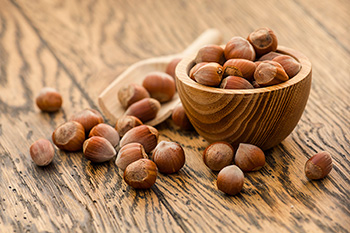 Bone health is a real concern for people as they get older. While all broken bones are serious, hip fractures can have long-term effects on an individual's health and quality of life. For years we've been told to drink our milk or take calcium or Vitamin D supplements, but as we've seen in some of the research I've reported on here at Dr. Gourmet, milk might be bad for our bones, while Vitamin D supplements alone have no real effect on bone mineral density. Other research has looked at omega-3 fatty acids (possibly helpful), Vitamin C (also helpful as long as it's not in supplement form), and even B-12 and folic acid supplements (not very helpful and might increase cancer risk).

As is so often the case, it seems that research has largely focused on individual vitamins or minerals. But we don't eat vitamins or minerals - we eat food. An international team of researchers noted that deficiencies in single nutrients often "reflects a poor diet quality," and sought to analyze overall dietary patterns and their impact on hip fractures (JAMA Intern Med 2016 doi:10.1001/jamainternmed.1016.0482).

The authors made use of data gathered through the Women's Health Initiative, a study including over 90,000 postmenopausal women who were between the ages of 50 and 79 during the enrollment period of the study, which lasted from 1993 to 1998. At the start of the study the participants underwent a bone mineral density scan, responded to a detailed dietary questionnaire, and provided health history, family history, and demographic information.

With the results from the dietary questionnaire, the researchers were able to assign each participant to one of four overall dietary patterns, with five increasing levels of adherence to each pattern. The patterns included a slightly modified Mediterranean Diet score (aMED) of 0 to 9 points, a pattern aligned with the US Dietary Guidelines for Americans of 2010 (HEI-2010) of 1 to 100 points, an alternative version of the HEI-2010 known as the AHEI-2010 (0 to 110 points), and a DASH (Dietary Approaches to Stop Hypertension) pattern of 8 to 40 points.

Of the four dietary patterns, those in the highest levels of adherence to a Mediterranean Diet (scoring from 7 to 9 points) were 20% less likely to break a hip than those whose Mediterranean Diet score was a 0 or 1. The highest HEI-2010 and DASH scores were linked to lower risk of hip fracture, but not to a degree the authors felt was clinically significant. Overall risk of fractures anywhere in the body did not appear to be affected by any of the dietary patterns (the AHEI-2010 affected neither hip nor overall risk of fracture).

All of the dietary patterns are fairly similar, but the Mediterranean Diet is higher in monounsaturated fats from sources such as olive oil and high fish intake. The AHEI-2010, on the other hand (for example), emphasizes more polyunsaturated fatty acids and lower intake of red or processed meats. Some readers will be asking themselves if it's the olive oil or the fish that's the protective ingredient, but the point here is that single nutrients or ingredients are not magic bullets: it's an overall dietary pattern that appears to be protecting people from hip fractures. Find out what your Mediterranean Diet score is, with suggestions for improving it, by taking our Mediterranean Diet Quiz.