10 Things You Need to Know About Health Claims on Food Labels
The FDA allows health claims to be made on foods, but the assertion does have to meet certain criteria. Here's what you need to know.

Dieting and Osteoporosis
It should be common knowledge by now that constant dieting and yo-yo dieting are poor concepts to live by. Importantly, a study by the USDA's agricultural Research Service(ARS) recently (April, 1999) showed that women who ate simply to avoid weight gain had an increased risk for osteoporosis. Osteoporosis is a condition of bone mass loss that eventually results in fractures. 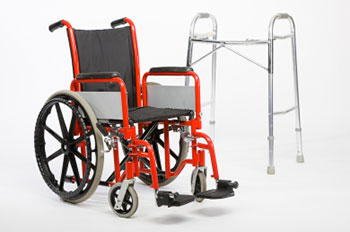 Most of the time when we talk about treating or preventing osteoporosis, we focus on building bone, whether it's by taking calcium and Vitamin D supplements or by building stronger bones through weight-bearing exercise. What we don't discuss nearly as often are those risk factors for osteoporosis that have little or nothing to do with the bone mass you created during youth and early adulthood.

Taking Vitamin B-12 (cobalamin) and folic acid reduces homocysteine levels - so would taking these supplements also reduce the risk of fractures due to osteoporosis? A team of scientists in the Netherlands recruited nearly 3,000 men and women over the age of 65 to participate in a 2-year study comparing taking a daily supplement of Vitamin B-12 and folic acid with taking a placebo (Am J Clin Nutr 2014;100(6):1578-86). The participants were required to be living outside a nursing home (although some at-home assistance was acceptable), have diagnosed high homocysteine levels, not be bedridden or permanently in a wheelchair, and without a cancer diagnosis for the 5 years prior to the start of the study.

After the 2-year study, the researchers compared the number of osteoporotic fractures experienced by those receiving the Vitamin B-12 and folic acid supplement (52 persons and 61 fractures) with those who received the placebo (61 persons with 75 fractures). After taking into account age, sex, starting homocysteine levels, and genotype, the researchers concluded that overall, there was no significant difference in risk of fracture between those who received the supplement and those who did not.

While analyzing the participants according to age showed a slight decrease in risk of fracture among those participants under the age of 80, the increased risk of cancer outweighs the benefit. The researchers note that their study was not designed to test whether Vitamin B-12 and folic acid supplementation increased the risk of cancer, so this study should only be taken as an indication that more study is needed. The take-home message here should be that this study further supports the idea that you're better off eating your vitamins and minerals and not taking supplements. Good sources of B-12 include beef liver, shellfish, fresh tuna or salmon, and cereals and milk that have been fortified with B-12. Sources of folic acid include fortified cereals and breadstuffs, green leafy vegetables (especially asparagus and broccoli), and fruits.