Multivitamins Linked to Breast Cancer
I don't normally report on vitamin supplement research. If you read my The Dr. Gourmet Diet Plan Coaching essay this past Monday, you know that it's pretty clear that getting your vitamins from foods is better than taking them in pill form. Given that so many people take a multivitamin, however, I felt that this study was worth sharing with my readers. 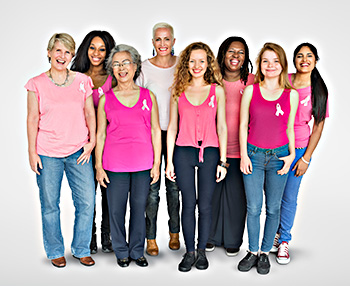 For today's article the team pooled the data from 19 prospective studies: 9 from North America, 7 from Europe, 2 from Asia, and 1 from Australia, with recruiting starting as early as January of 1963 and ending in December of 2013. Each study gathered data from the participating women that included either professionally-measured or self-reported height and weight from multiple questionnaire responses over the years, allowing the researchers to calculate each participants' Body Mass Index for the age ranges of 25-34, 35-44, and 45-54.

For the purposes of this study, the authors classified Body Mass Index according to the World Health Organization's definitions, with 18.5-24.9 being normal weight, 25.0-29.9 being overweight, 30.0-34.9 considered class I obese, and 35.0-39.9 considered class II obese.

Their pooled results included over 758,000 women, of whom over 13,000 developed in situ or invasive breast cancer during an average of over 9 years of follow-up.

When comparing women with a BMI over 35 with those women whose BMI was under 17 (clinically underweight), the underweight women were over 4 times as likely to develop breast cancer as those who were clinically obese.

This should not be taken to mean that women should seek to be overweight or obese during their early adulthood in order to avoid the risk of breast cancer. Quite simply, the known risks of overweight and obesity far outweigh the possible risks of breast cancer when there are also multiple factors affecting breast cancer risk that have little to do with weight (see my Breast Cancer Overview article).

This is a case where you (the patient) and your physician need to look at the bigger picture of your overall health and look at what are the most significant risks for you in light of your family history as well as your personal health history. Following a healthy, Mediterranean-style diet, maintaining a healthy weight (taking body Body Mass Index and Waist to Hip Ratio into account), and getting enough exercise should be your focus, not simply your Body Mass Index at a particular time in your life.