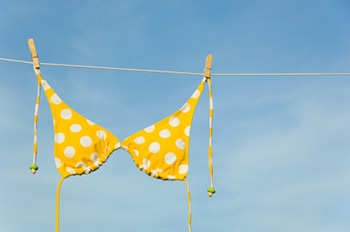 Breast cancer is the most common invasive cancer in women: approximately 12% of all women will be diagnosed with breast cancer during their lifetime, and 2.7% of all women will die of it. The median age at diagnosis is 61 years, and nearly all - 98.5% - of women diagnosed with localized breast cancer survive for at least five years. Unfortunately, this five-year survival rate drops to just 25% for cancer with distant metastases at diagnosis. Numerous studies have looked at the way specific diets and foods have increased or decreased the risk of developing breast cancer.1

There has been some concern over a link between soy products and breast cancer due the presence of phytoestrogen in both fresh and processed soy. One meta-analysis of 35 studies hoped to clarify the effects of soy isoflavone intake and association with breast cancer risk for both pre- and post-menopausal women. The study found that there is actually a lower risk of breast cancer for both pre- and postmenopausal women in Asian countries who consumed soy isoflavone, but this relationship was not seen in the corresponding Western population.4

Another association explored in research is the link between breast cancer and alcohol. A 2011 JAMA study analyzed over 100,000 women from 1980 to 2008 with alcohol intake assessments every 4 years. The study found that there is a dose-response relationship demonstrated between alcohol consumption and breast cancer risk:

Overall, the study found that there a 10% increase in risk for every 10 grams of alcohol consumed daily (equivalent to about 1 glass of wine). If you are at higher risk for breast cancer, discuss with your doctor whether the health benefits of wine consumption outweigh the attendant risk.5

Folic acid consumption has an inverse effect on the risk of breast cancer. A meta-analysis looked at 16 studies assessing the relationship between folate and breast cancer risk and found that higher dietary folate is associated with decreased breast cancer risk among those with higher alcohol consumption. The risk reduction came with dietary folate intakes of between 153 and 400 micrograms per day.6 Most commercial cereals and breads are fortified with folic acid. (See also our article on folic acid and pregnancy.)