Fish for your heart: the state of the evidence
A team of researchers recently assessed the quality of the available evidence regarding fish consumption and the risk of chronic diseases by performing what is known as an umbrella review, which essentially an overview of reviews.

Fish also good for diabetics: confirming conventional wisdom
One of the marks of good science is that we don't assume. I've said many times, both here at DrGourmet.com and in lectures that I have given to health professionals worldwide, that while in Algebra if A = B and B = C, then A = C, this is not true in medicine.

Fish vs. Mercury
I get asked this question pretty regularly: "I know I should eat fish, but what about the mercury contamination?"

More on fish and heart disease 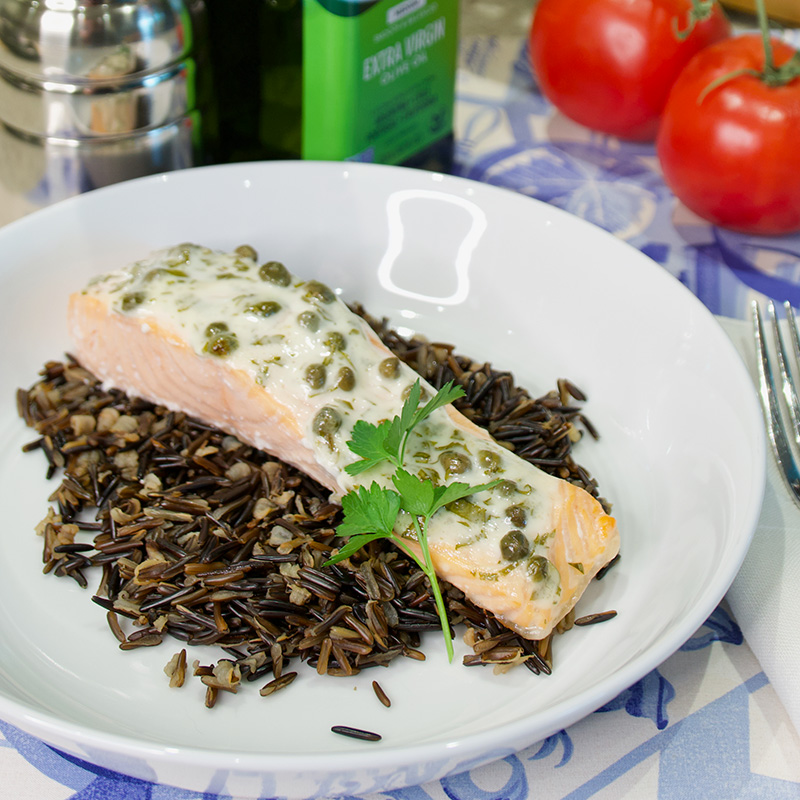 You get a point in your Mediterranean diet score if you eat an average of two servings of fish per week. This can be almost anything that lives in the water: from shellfish, including shrimp, octopus, or mussels; to fish that are higher in omega-3 fatty acids such as salmon, tuna, and mackerel (See also "Mercury in Fish").

Perhaps the most important reason to eat fish is its effect on heart health: last year we reported on a meta-analysis that showed a significant effect of higher fish consumption on the risk of stroke, heart failure, heart attack, and mortality.

Today we have a study that looks at the relationship between heart disease and fish consumption in 4 different cohort studies of people in 40 countries and 6 continents across over 7 years (JAMA Intern Med 2021;1181(5):631-649).

The over 191,600 people included in the analysis for this research were all of middle age (about 55 years old on average). Three of the studies were in people with known heart disease, while the fourth and largest study had a mixture of those with and without heart disease. All four studies administered country-specific dietary questionnaires at the start of their respective research periods, but only one of the studies asked about specific types of fish.

The authors took into account Body Mass Index, Waist to Hip Ratio, geographic region of residence, whether the participant had been diagnosed with high blood pressure or diabetes, and other factors.

Somewhat unexpectedly, the authors found that the cohort including those both with and without a history of heart disease showed no significant association between fish intake and risk of serious cardiovascular disease or death (whether from heart disease specifically or otherwise).

This study seems to show that fish consumption is more beneficial for those with established heart disease: those without heart disease saw no significant cardiovascular benefit in a greater consumption of fish. That said, the nutritional effects of a food are not limited to cardiovascular disease alone, and people do eat a variety of foods, so assessing a single food or food group must be interpreted with caution.

From a higher-level perspective, this doesn't change the Mediterranean Diet recommendation of two servings of a variety of fish twice per week: it's about more than heart disease.