Fruits and vegetables are good for your heart
Later research looked at not just Vitamin C but all flavonoids (antioxidants) and found that they affected not only those biomarkers of inflammation (known as C-reactive proteins) but also affected the elasticity of the arteries as well as their ability to change in response to stimuli (known as vascular reactivity). Both arterial elasticity and vascular reactivity are also known to be risk markers for heart disease.

More fruits and vegetables, less heart disease
I've written on many occasions about the positive effects of fruit and vegetable consumption on such conditions as oral cancer (News Bite 05/17/06) and gallbladder disease (09/12/06), as well as contributing disease factors like inflammatory markers (06/14/06) and DNA oxidation (08/01/06).

A DASH-style Diet Reduces Your Risk of Heart Disease
The DASH diet (Dietary Approaches to Stop Hypertension) is a style of eating created by the National Institute of Health to help people control their high blood pressure. Generally speaking, the diet is high in fruits, vegetables, whole grains, nuts and legumes, and it's low in red meat, salt and sugar. (It's very similar to The Mediterranean Diet, actually.) Not only does it help reduce blood pressure, studies have shown that the DASH diet can also help reduce LDL cholesterol (the bad cholesterol).

More evidence that fruits and vegetables are good for your heart 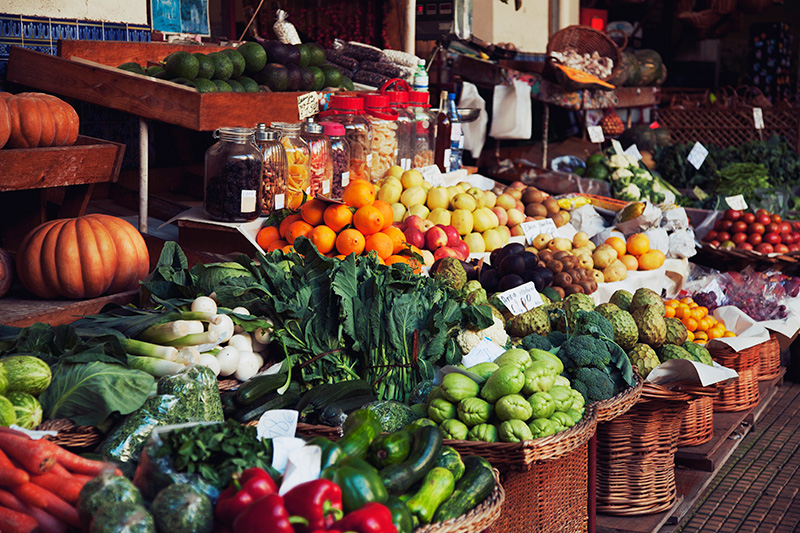 Back in 2014 I wrote about a study that assessed the impact of eating fruits and vegetables that are high in flavonoids (a particular type of antioxidant) on what I called the "clinical precursors" of heart disease: biomarkers of inflammation as well as arterial elasticity and vascular reactivity.

Today's research is somewhat similar in that it looks at fruit and vegetable intake's effects on 3 biomarkers of subclinical cardiac damage in people without diagnosed heart disease.

This study made use of blood specimens gathered from a study that took place the the mid-90's. It originally included over 450 men and women recruited from 4 different locations in the United States.

The participants were randomly assigned to follow 1 of 3 different diets: a control diet "typical of what many Americans eat"; a diet similar to the typical American diet, but with more fruits and vegetables and fewer snacks and sweets (the "fruit and vegetable diet"); or the DASH diet (Annals Int Med 2020 doi.org/10.7326/M20-0336).

The study lasted only 8 weeks, but the participants were provided all meals: 1 meal each weekday, either lunch or dinner, was consumed in the lab, while all other meals were provided in coolers to be consumed at home. The participants' meals were designed to maintain their weight and provide about the same amount of sodium regardless of which diet they were on.

The participants kept records of any nonstudy foods or drinks they consumed as well as any salt they might add to the provided foods. At the start and end of the study the participants' blood was drawn and frozen for later use in other studies (such as today's).

Unfortunately, only 3 of the 4 original locations provided their stored specimens for today's research, meaning only 326 of the original 450+ participants had specimens to analyze.

Given its reputation as a diet good for heart disease in general and blood pressure specifically, you might assume that those on the DASH diet would show the most improvement in their scores.

Choose your favorite fruit for snacks. Keep them around the house so you can grab something when you get a craving. Cut up carrots and celery and keep them in the fridge if you like crunchy things for snacks.

Or try a new recipe: