What is Your Mediterranean Diet Score?
I have been writing for a long time about the Mediterranean diet and how easy and healthy this is. The recipes on the Dr. Gourmet web site use these principles and translate them to dishes and menus that are familiar to you. I have talked about the 9 areas that have been used in research and what this can mean for you.

Control Cholesterol Through Diet Alone?
Canadian researchers assessed the cholesterol levels of 55 men and women over the course of one year of a recommended low-fat diet designed to combine various foods known for their cholesterol-lowering effects (Am J Clin Nutr 2006;83(3):582-91). This diet included fiber, soy protein, legumes, Take Control or Flora Pro-activ margarine, almonds, monounsaturated fat oils such as olive or canola oil, low- or fat-free dairy foods, egg substitutes in the place of whole eggs, and less than three servings of meat, including poultry, fish, or red meats.

A DASH-style Diet Reduces Your Risk of Heart Disease 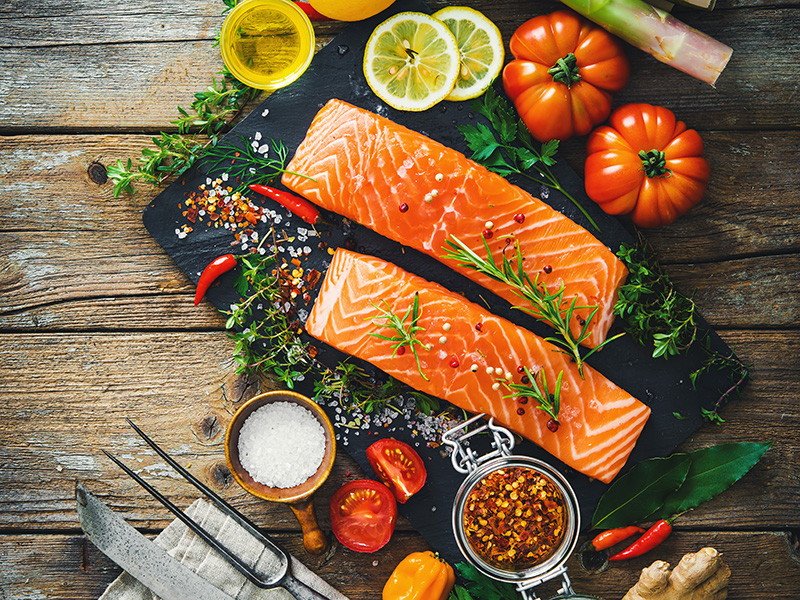 The DASH diet (Dietary Approaches to Stop Hypertension) is a style of eating created by the National Institute of Health to help people control their high blood pressure. Generally speaking, the diet is high in fruits, vegetables, whole grains, nuts and legumes, and it's low in red meat, salt and sugar. (It's very similar to The Mediterranean Diet, actually.) Not only does it help reduce blood pressure, studies have shown that the DASH diet can also help reduce LDL cholesterol (the bad cholesterol).

Since poor cholesterol scores and high blood pressure can lead to heart disease, it seems reasonable to think that the DASH diet would help reduce the risk of heart disease and stroke. Yet there have been studies of the DASH diet that did not support that conclusion—in fact, one study showed no difference in blood pressure that couldn't have been chalked up to the amount of weight lost by the test subjects while on the diet.

But that's not the end of the story. Researchers at Harvard, Simmons, and the American Cancer Society noted that the study didn't thoroughly measure how well the test subjects followed the DASH diet. So they came up with a way to score a person's diet according to how much (or how little) they typically ate of the various components of the diet (Arch Intern Med 2008;168(7):713-720).

The scientists made use of information collected in the Nurses' Health Study, a long-term, large-scale study that started in 1976 and followed over 120,000 women for over thirty years. They included in their analysis those women who over the most recent 24 years filled out a number of detailed questionnaires about their dietary habits.

A point was given to each test subject for each of the DASH diet components in their regular diet, while points were taken away for foods that those on DASH should avoid, such as red meat or sweetened beverages. The nurses' dietary scores were then correlated with the scores of those women who experienced heart disease, heart attack or stroke.

They found that the higher a nurse's DASH score was, the less likely they were to have heart disease or stroke. In fact, those with the highest scores reduced their risk by as much as 26%.

It's large-scale studies such as these that give us the best evidence for what constitutes a healthy diet. Whole grains, fruits and vegetables, nuts and legumes, and red meat not more than once a week or so—that's what I tell my patients. Even if you already have high blood pressure or poor cholesterol scores, don't be discouraged. An easy way to start eating healthier is just to choose fruit for a snack. Pass up the red meat in favor of the fish special. Small, consistent changes in your diet can have a big impact.