Corn oil better for cholesterol than coconut oil
Recently coconut oil has been touted as the new "miracle food," with its proponents claiming that it improves cholesterol scores, induces weight loss, prevents Alzheimer's, and even treats asthma. Unfortunately, many of the studies used to support these claims were performed on rats, mice, or rabbits - not humans.

Not So Magic Rice
I was at a medical conference recently and a speaker began talking about "magic rice" as if it were the greatest new food in the world. She went on to explain about research showing that cooking rice with a tablespoon of coconut oil, cooling and refrigerating overnight made it "safe for diabetics."

Putting paid to the coconut oil myth once and for all 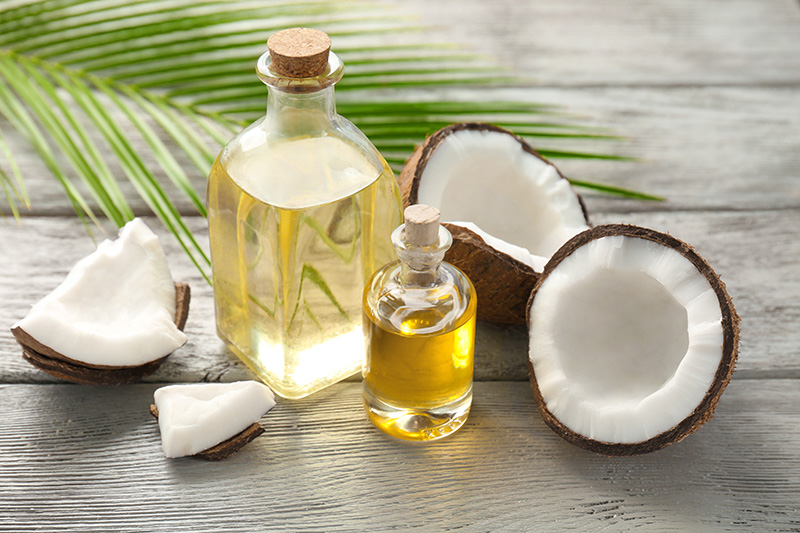 Yes, I report on prospective studies, which are those studies that decide what outcomes they will track before the study begins. These are useful because the participants are followed for a comparatively long time period, with relevant biological measurements at the start and (at least at) the end of the study.

From their analysis, the authors excluded studies that were *not* randomized controlled trials; those that included infants, animals, mice, or cell studies [that is, in vitro studies]; were literature reviews, cross-sectional, or prospective studies; were shorter than 2 weeks in length; compared coconut oil with "inappropriate" interventions, such as comparing coconut oil with fresh coconut, coconut milk, oils from mixed sources, oils that were nothing but lauric acids (one of the well-regarded sources of fats in coconut oils), or fish oils; or compared coconut oil to oils to artificial oils. Further, the included studies had to last at least 2 weeks and focus on the oils' effects on cholesterol scores; weight; body fat; waist circumference; glucose scores; or other clinical scores.

The authors of this study identified just 17 published randomized controlled trials that met the criteria. These included 730 participants.

Compared with palm oil (note that this is not 'palm kernel oil'), coconut oil increased total, LDL, and HDL cholesterol, but again, not triglycerides.

When the authors focused on whether coconut oil consumption affected body weight, waist circumference, body fat percentage, or glucose scores, the authors note only that the number of studies were too small for "a meaningful meta-analysis."

In brief, "Our results on the adverse effects of coconut oil as compared with alternative cooking oils on LDL-choolesterol concentrations... align with dietary recommendations to replace saturated fat with polyunsaturated fat." Further, "there was no convincing evidence to support the consumption of coconut oil over nontropical vegetable oils for [cardiovascular] risk reduction."

While more randomized controlled trials into coconut oil's effects on body weight, waist circumference, body fat, etc., might be worthwhile, I think it's clear that unless quite convincing evidence is presented, coconut oil should be treated as the mostly saturated fat it is: one to mostly avoid in favor of oils higher in poly- and mono-unsaturated fats.