Not So Magic Rice 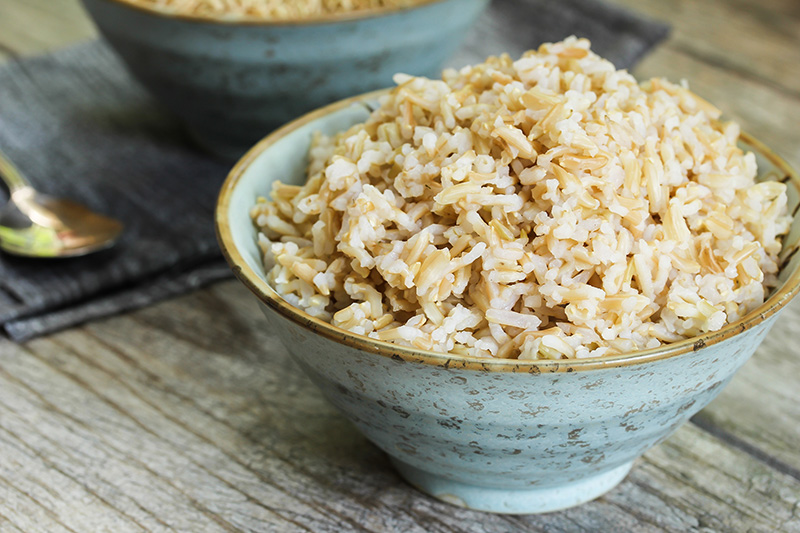 I was at a medical conference recently and a speaker began talking about "magic rice" as if it were the greatest new food in the world. She went on to explain about research showing that cooking rice with a tablespoon of coconut oil, cooling and refrigerating overnight made it "safe for diabetics." She reported that there was published research proving that this worked, and she had tried it one evening with a friend who was diabetic, and indeed, the results were amazing, just amazing. She was recommending this to many of her diabetic patients now.

This sounded dubious, but I could see heads nodding in the audience that seemed to indicate attendees were learning a new fact that they would share with their patients.

The research that she referred to is not what she thinks it is, and this is often a problem, even with educated healthcare providers. They are often as susceptible to pseudoscience and jumping to conclusions as anyone. The report that she referred to was in fact presented as an abstract at the American Chemical Society National Meeting in 2015.

The rule in medicine (as in so much of life) is that if it sounds too good to be true, it probably isn't true.

First, a bit of background. "Resistant starch" is the carbohydrate product that passes through the stomach and small intestine without being broken down, but then might be consumed in the colon by bacteria. Think of this as somewhere between table sugar and fiber. Both are carbohydrates, but the table sugar (sucrose) is broken down in the stomach and the result is one glucose and one fructose molecule which are then easily absorbed in the small intestine. Fiber is resistant to any digestion and passes right on through you. Both are important, of course. The more simple carbohydrate provides fuel, and the fiber aids in digestion and provides bulk. 1

We could fall down a rabbit hole here into quite complex chemistry, but in short, there are digestible starches and indigestible fiber as well as resistant starches. The latter falls into one of four types: 2

The latter category is interesting and the FDA approved some health claims for RS4 products that were manufactured to allow health claims. 3,4. The claims were specifically related to allowing packaging to state on the package that a modified corn product (in this case one that would be classified RS4) "may reduce the risk of Type 2 diabetes." That sounds great, but it leaves out a critical fact, which is that the FDA also concluded that "there is limited scientific evidence for this claim." This is the legal loophole that allows manufacturers to mislead the public about their products.

Here's where the challenge for science comes in.

Many of you might have heard me say that in algebra if A equals B and B equals C, then A equals C. This is an irrefutable fact in math known as the Transitive Property of Equality. Not so in medicine. In fact, A rarely equals C. The authors of the abstract presented at the conference say the following:

"By using a specific heating and cooking regimen," the scientists concluded that "if the best rice variety is processed, it might reduce the calories by about 50-60 percent." Nowhere in their report do they show that this can lead to an improvement in obesity or diabetes risk in those consuming the modified rice. They go on to say:

"This study results clearly show that rice, when cooked properly, could be a good low calorie food source for obesity reduction. In-vivo glycemic effects of RS studies are in progress."

(I do love how they use the word "properly" as if the rice that people have been cooked for millennia has not been cooked correctly.)

So they have created a rice that might be lower in calories and might lead to a lower blood glucose rise and might help people from gaining weight or getting Type 2 diabetes. They even claimed that it might result in a "healthier gut" because the resistant starch could feed the gut bacteria.

Wow. That's a lot of mights.

Except this is an A doesn't equal C scenario because no tests have been done in humans to determine what happens with their rice vs. conventionally cooked rice. Leaping to the claim that this might be a treatment for obesity is sheer fantasy. But CBS News can't let science get in the way either,6 where they state the following:

"It seems counterintuitive, but new research finds adding a certain type of healthy fat to rice while it's cooking may actually cut the calories in this starchy, carb-laden food staple."

There are a lot of flaws in the CBS article. First is that coconut oil has not been shown to be a "healthy fat" and the other issue is that the modified rice may or may not have any impact on the energy (number of calories) you absorb from rice prepared this way. Lastly, it may or may not be the coconut oil that has the impact on the amount of restricted starch.

That leads us to our college educated health professional who read about "magic rice" and began recommending it to her patients.

The "test" she did with her friend is not science. It is anecdote - worthless information - and is certainly not enough evidence to make a recommendation to a patient or get up at a conference and tell healthcare providers that this could be an alternative for them to recommend.

That, my friendly readers, is pseudoscience at its finest: drawing a conclusion by putting together disparate or inconclusive research and calling it fact - then passing that off as if it were a valid health recommendation.

In the end this is a pretty harmless recommendation, but that's not really the point. It is our job as healthcare providers to make sure that we are using the best evidence-based information, and when we relate unreliable data it confuses people.

Another group has looked at the blood sugar effects of cooling cooked rice in humans.7 There is clearly a positive effect, with lower blood sugars after consuming the cooked and cooled rice vs. cooked rice. Here are their results:

This is pretty good, but not fantastic results. All of the results are acceptable in a normal, non-diabetic person, but the blood sugars at 45 and 60 minutes are better and that could, over time and with high consumption of white rice, promote progression to diabetes. Subtle but important.

In one study researchers compared white rice with three combinations of white rice and beans - pinto beans, black beans and kidney beans. They found a significantly lower blood sugar at 60, 120 and 180 minutes in all three rice and bean meals vs. the white rice alone.8

In another very elegantly designed study, by a group in Singapore, researchers compared 5 meals vs. glucose alone:9

I would like to have seen this research done including brown rice so that we could compare the difference between each meal between brown and white rice. It stands to reason that the glycemic index of the complete meal - rice with fat, chicken and vegetable - would be better with the brown rice vs. white rice, and that is where you want to be more often than with white rice

This brings us back to "magic rice" and whether you should pay attention.

My answer is no, for a number of reasons. First is that the "magic rice" recipe has not been tested in humans to determine glucose response. Second is that most people are not going to precook their rice 24 hours in advance of eating it. Third is that consuming rice with other foods helps blunt the blood sugar response.

Would I prefer that you eat brown rice? Yes. I eat brown rice myself almost exclusively, but sometimes I have white rice. Should you eat more brown rice than white? Yes. Is it terrible that you might eat white rice every now and then? No.

Perfection is challenging and most of us are not perfect. If you are going to have white rice with your meal every now and then, make sure that you combine it as part of a complete meal. Better yet, make complete meals that use brown rice.

Here are a few recipes that are easy one pot meals or sides using brown rice: