Not So Magic Rice
I was at a medical conference recently and a speaker began talking about "magic rice" as if it were the greatest new food in the world. She went on to explain about research showing that cooking rice with a tablespoon of coconut oil, cooling and refrigerating overnight made it "safe for diabetics." She reported that there was published research proving that this worked, and she had tried it one evening with a friend who was diabetic, and indeed, the results were amazing, just amazing. She was recommending this to many of her diabetic patients now.

Is it Really Gluten-Free?
In my column, "10 Things you Need to Know About Reading Food Labels," I explain the FDA rules on labeling foods things like "no cholesterol," "low-calorie," or "more fiber." The FDA is now considering a proposed rule regarding the labeling of foods as gluten-free, under the Food Allergen and Consumer Protection Act. This would work much like the "no cholesterol" rule, in which a label can state "corn oil margarine, a no cholesterol food," because ALL corn oil margarines do not contain cholesterol. 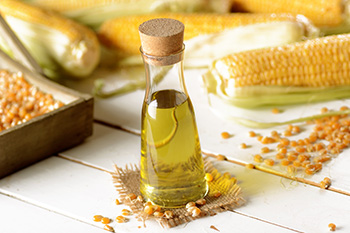 Recently coconut oil has been touted as the new "miracle food," with its proponents claiming that it improves cholesterol scores, induces weight loss, prevents Alzheimer's, and even treats asthma. Unfortunately, many of the studies used to support these claims were performed on rats, mice, or rabbits - not humans.

The gold standard of research, of course, is the randomized controlled trial. A team of researchers affiliated with the independent research institution, Midwest Biomedical Research, designed a randomized crossover feeding study (J Nutr 2018;148:1556-1563) that compared the effects of corn oil and coconut oil on LDL cholesterol scores, glucose scores, and levels of c-reactive proteins (a measure of inflammation).

Twenty-three men and women completed the study. To participate, the participants were required to have an LDL cholesterol score between 115 and 190 mg/L and a total fasting glucose score of 375 or less at the start of the study. They could not be diabetic, have diagnosed cardiovascular disease, uncontrolled high blood pressure, or any other chronic disease (including cancer) and their weight had to have remained relatively stable for the 3 months prior to the trial's start. Women were asked to commit to using birth control to avoid pregnancy and all participants were asked to avoid trying to lose weight or even to use any nonsteroidal anti-inflammatory medications except low-dose aspirin.

Cholesterol scores and glucose tolerance tests were performed at the initial screening as well as at the start of each trial period and at multiple points during the trial periods. Body weight, blood pressures, and heart rate were also recorded with each test. Participants kept logs of their consumption of the study foods and also kept a detailed food diary for 3 days (2 weekday, 1 weekend day) during the first and last week of each study period.

Yes, coconut oil improved HDL (good) cholesterol scores more than corn oil did, yet it also raised LDL (bad) cholesterol while corn oil reduced it. It's important to look at more than one score for the effects of a particular food, food group, or even dietary pattern: on the whole, which choice confers the most benefit on the whole?

The authors note in their discussion of this research that "with regard to lipoprotein lipid (LDL) effects, coconut oil is not an optimal choice." I would agree that on the whole your best oil choices are still olive oil and canola oil, with corn oil and other oils high in polyunsaturated oils following after. Oils that are high in saturated fats, like coconut oil, are best used sparingly.