The risks of cutting too many calories 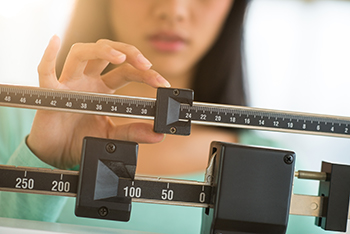 A team of researchers in Australia recruited 85 postmenopausal women to participate in their year-long study, called the Type of Energy Manipulation for Promoting Optimum Metabolic Health and Body Composition in Obesity (TEMPO) trial.

In addition to being postmenopausal, all of the participants were between 45 and 65 years of age, exercised less than 3 hours per week, and had a Body Mass Index between 30 and 40 (clinically obese to more seriously obese).

The women were randomly assigned to one of two reduced-calorie diets:

The moderate diet was overseen by dietitians who worked with the women to create a meal plan the participants prepared at home that adhered to the Australian Guide to Healthy Eating (similar to the United States' Dietary Guidelines for Americans).

Those on the severe diet were provided with all meals (meal replacement shakes and soups, etc.) for the first 4 months of the study or until they reached a Body Mass Index of no lower than 20 - whichever came first. Thereafter they followed the moderate diet for the remainder of the study's duration.

Both groups met with dietitians every two weeks for the first 6 months of the study (monthly for the last 6 months) to help the participants adhere to their assigned diets as well as making sure they were properly nourished. Participants were encouraged, but not required, to increase their physical activity gradually up to 8,000 to 12,000 steps per day, including 30 to 60 minutes of moderate-to-vigorous physical activity.

We know that extremely-low-calorie diets have their own risks, from a slowing of the overall metabolism to a greater risk of gallstones. Some research has suggested that they also can negatively affect bone density in women, which can lead to a greater risk of fractures. Yet these extremely-low-calorie diets are extremely effective in helping people to lose weight, with all the benefits that a lower body weight can bring.

In this study the authors sought to more definitively assess the effects of more extreme calorie reduction as compared to a more traditional dieting approach: if the more extremely-reduced-calorie diet was still nutritionally sound, what would be the effects on lean body mass, and would there be negative effects to bone density?

At the start of the study and after 4, 6, and 12 months, the participants were weighed and also had their lean and fat mass measured of both their entire body as well as specific areas, while also undergoing tests of the bone mineral density of not only their entire left hip bone but also their lumbar spine.

Those in the severe calorie restriction group were 2 to 3 times more likely to lose at least 10% of their body weight than those in the moderate restriction group. That 10% loss of body weight - even if the person in question is still clinically overweight - can mean significant improvements in metabolic scores such as cholesterol scores, insulin and glucose scores, and more.

However, those in the severe group lost significantly more muscle mass than the moderate group, and lost twice as much bone mineral density in their left hip.

This should not be taken as a condemnation of extremely-low-calorie diets that include meal replacement therapy for weight loss: there are times when they are appropriate, but only under a physician and dietitian's supervision.

That said, this does not mean that an extremely-low-calorie diet is something that you should decide to attempt on your own. Making sure you are properly nourished is a challenge when you're consuming so very few calories, and can easily turn into an eating disorder, which can threaten not just your health but your life.

If you are concerned about your weight and want to work on it in a healthy, sensible way, discuss this with your physician and request (insist on it if necessary) a referral to a dietitian.