The True "Heart Attack Proof" Diet
A couple of months ago a reader asked me for my opinion of Dr. Esselstyn's 'Heart Attack Proof' diet. This is essentially an extremely-low-fat diet that completely eliminates meat, fish, dairy, and all oils, including nuts. On the one hand, we know that extremely-low-fat diets are not the magic bullet in preventing heart disease that it once was thought to be.

Eating fish: how low can you go? 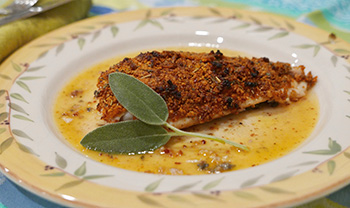 I've been a foodie all of my life - I started cooking when I was eight years old and was working in a restaurant, washing dishes, when I was eleven. So it's sometimes hard for me to understand it when people say that they don't like fish. It's one thing to be allergic to fish or shellfish, but just not liking fish?

When a patient tells me that they don't like fish, one of the first things I ask them is what fish they have tried, and how it was prepared. Often people's experience with fish has been like that of my wife, who hated fish before we started dating. Why? Because she had only ever been served those awful, breaded fish sticks that are full of monosodium glutamate and salt and have a strong, fishy taste. (According to her, they were only edible with large helpings of tartar sauce, to mask the taste.) Once I'd served her fish that had been cooked properly, she discovered that she liked fish.

Cooking techniques aside, there are still those who if at all possible would rather avoid eating fish. Recently a patient said to me, "What's the minimum amount of fish I can get away with?"

Today's Health & Nutrition Bite may have an answer. To receive a point in your Mediterranean Diet score, you should consume two or more 4-ounce servings of fish per week, but folks in The Netherlands have historically eaten very little fish - with the typical Dutch person averaging less than one portion of fish per week. Will eating even that small amount of fish help prevent stroke, heart disease, or heart attack? A team of Dutch researchers made use of data gathered through a long-term, large scale study of Netherlanders to assess the effects of their comparatively low fish intake (Eur J Clin Nutr 2018;72:942-950).

The study is known as the EPIC-NL (European Prospective Investigation into Cancer and Nutrition - Netherlands) and began recruiting participants between 1993 and 1997, gathering data on demographics, lifestyle information, and health information at the start of the study. In 1996 the participants completed a food frequency questionnaire for their dietary habits over the course of the previous year, and the researchers validated those questionnaires by performing multiple 24-hour food recalls by phone with a representative sample of the participants.

For this study the authors closed their research at the end of 2011 and used the national health statistics registry as well as the Dutch Centre for Health Care Information to identify study participants who experienced heart-related events such as stroke (haemorrhagic or ischaemic stroke), heart attack, heart disease diagnosis, or death from any heart-disease-related cause.

Similarly, when the authors looked at those consuming fatty fish as opposed to lean fish, they saw that those who consumed at least 1 portion of lean fish per week were 30% less likely to experience an ischaemic stroke than those who ate no fish at all, while the risk of stroke (including both types of stroke) was unaffected.

Consuming even a comparatively small amount of fish - at least one 4-ounce serving of fish per week, on average - can affect your risk of stroke as well as other heart-related health conditions. If you don't like fatty fish like salmon or halibut, leaner fish like cod may be more to your liking. Take a look at my fish recipes and try one: you may find a new favorite, or at least one you can reasonably enjoy at least once a week.