The Mediterranean Diet and heart attack survival
We know that the Mediterranean Diet can help prevent cardiovascular disease, but what if you have an acute coronary event anyway? Dr. Panagiotakos and his team of researchers in Greece (Nutrition 2006(7-8);22:722-730) selected six major hospitals in Greece, and for a term of one year enrolled in their study almost all the patients in those hospitals who were diagnosed with acute coronary syndrome (meaning either a heart attack or unstable angina). 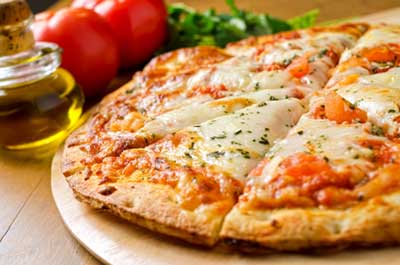 A couple of months ago a reader asked me for my opinion of Dr. Esselstyn's 'Heart Attack Proof' diet. This is essentially an extremely-low-fat diet that completely eliminates meat, fish, dairy, and all oils, including nuts. On the one hand, we know that extremely-low-fat diets are not the magic bullet in preventing heart disease that it once was thought to be (JAMA 2006;295(6):655-666). On the other, adhering to this diet is extremely difficult for most people: simply avoiding any oil whatsoever (you can't use oil in pasta sauces, breads, or salad dressings, just as a start) is pretty difficult.

Most of his premise is based not on solid science but interpretations of research and what we call "cherry-picking" with selection of only research that supports his theory (and it is a theory).

As I said then, "While the research that this was based on was somewhat flawed, in many ways that is irrelevant. Diets like this are simply not sustainable for most people."

Today's research compares two variations of a Mediterranean diet with a low-fat diet of the type usually recommended for those at risk for heart disease. Nearly 7,500 men and women over 55 were recruited to participate in a study performed in Spain. All of the participants were free of cardiovascular disease at the start of the study, but they were considered a high risk of developing cardiovascular disease because they either had diabetes type 2 or at least three of the following risk factors for heart disease: smoking, high blood pressure, high LDL cholesterol scores (the bad stuff), low HDL cholesterol scores (the good stuff), were clinically overweight or obese, or had a family history of heart disease.

The participants were randomly assigned to one of three diets. Those in the control group, the low-fat diet I referred to above, were advised to eat at least 3 servings per day of each of the following: low-fat dairy; bread, pasta, potatoes, or rice; and fruits. In addition, they were to have at least 3 servings per week of lean fish or seafood, and at least 2 servings per week of vegetables. They were to minimize their intake of other foods: vegetable oils (including olive oil) were to be kept to less than 2 tablespoons per day; they were also to have less than 1 serving per week of commercial baked goods, nuts and fried snacks, red and processed meats, spread fats (such as butter and other spreads), and fatty fish or seafood canned in oil. They were also instructed to remove all visible fat from any meat or soups they ate. (Doesn't sound very appealing, does it?)

The other two diets were essentially a Mediterranean diet, with at least 3 servings per week of fatty fish and seafood as well as nuts and legumes, 2 or more daily servings of vegetables and 3 of fruits, white meat instead of red meat, and wine daily with meals (if desired). They were instructed to avoid drinking more than 1 soda per day or more than 3 servings of commercial baked goods per week, while having less than 1 serving per day of red and processed meats and spread fats (i.e., butter).

The difference between the two Mediterranean-style diets was that one group was provided with extra olive oil that was high in polyphenols and instructed to consume about 4 tablespoonfuls of that oil on a daily basis, whether through incorporating it in meals or consuming it directly. The other Mediterranean-style diet group was provided with an additional ounce of mixed nuts for them to eat on a daily basis - again, incorporating them in meals or simply eating them as snacks.

After an average follow-up of almost 5 years, the researchers were able to look at the numbers of heart disease-related events (including heart attack, stroke, or death from other cardiovascular causes) that occurred in each diet group. Compared to those in the control diet, and after adjusting for sex, age, smoking status, body mass index, and other risk factors, those following either of the Mediterranean-style diets were almost 30% less likely to experience any one of the heart-disease related events. More specifically, they were almost 40% less like to have a stroke, 23% less likely to have a heart attack, 17% less likely to die of a cardiovascular cause (not stroke or heart attack), and 11% less likely to die of any health-related cause whatsoever.

The researchers had planned for the study to last at least 6 years in order to provide them with enough incidents of heart disease in the participants for them to have reasonable bases for comparison, but given the unusually strong results, they stopped the study early, after 4.8 years. Dear readers, it is very unusual for studies to be ended early, and it is not done lightly. It is only done when the results are so very clear and the proof so strong that the researchers determine that allowing the study to continue would add no further useful information.

This research proves that a low-fat diet does not prevent heart disease as well as a Mediterranean-style diet. Eat great food and still avoid heart disease? Sounds delicious! The Mediterranean Diet is the true "heart attack proof" diet.