Rice, Chilis, GERD and IBS
Irritable Bowel Syndrome (IBS) is characterized by chronic symptoms of abdominal pain, bloating, and constipation or diarrhea (or both). As many as 15% of people in the United States suffer from this disorder, which is treated both with medications and also with dietary adjustments.

Got IBS? You Might Have Celiac Disease
We don't know exactly what causes Irritable Bowel Syndrome (IBS). Those with IBS often have stomach pain, bloating and diarrhea, and their symptoms come and go: people with IBS can go for some time without symptoms and then have flare-ups. The guidelines that doctors use to diagnose IBS vary from country to country and even professional association to professional association.

Got IBD? A low-FODMAP diet may be for you 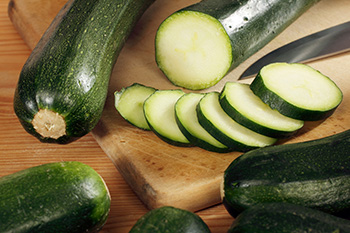 Those with Ulcerative Colitis (UC) have a long-term inflammation of their large intestine, from the colon to the rectum. Common symptoms include weight loss, poor appetite, stomach pain, bloody stools (possibly from ulcers in the large intestine), nausea, and frequent trips to the bathroom (often for diarrhea). Those with Ulcerative Colitis have been found to have increased risk of colon cancer.

Those with Crohn's Disease may also experience similar symptoms to those with UC, but the difference is that there are healthy sections of intestine between the inflamed areas: those with Ulcerative Colitis have inflammation of the innermost lining of the entire length of the colon. For those with Crohn's Disease, any part of the gastrointestinal tract may be involved, from the mouth to the rectum. Ulcerative Colitis is confined to the large intestine (colon).

In the past several years researchers have suggested that a diet low in FODMAPs (Fermentable Oligosaccharides, Disaccharides, Monosaccharides, and Polyols) might help. These are types of carbohydrates that are broken down by bacteria in the large intestine, which use water as part of the process to break down these FODMAP molecules into gases that can cause abdominal bloating and pain, among other common symptoms.

A team of scientists in China scoured the literature and performed a meta-analysis of just 6 studies - 2 randomized, controlled trials, and 4 before-and-after trials that included just 319 patients with diagnosed Irritable Bowel Disease (Clin Nutr 2018;37:123-129). These trials essentially compared the participants' experience of IBD symptoms before adopting a low-FODMAP diet with their experience after adopting a low-FODMAP diet. It's nearly impossible to "blind" people to being on a very specific diet, so it's worth noting that the results should be taken with a grain (or so) of salt.

Those participating in the studies who followed a low-FODMAP diet were almost 25% more likely than those who did not follow a low-FODMAP diet to report that they experienced diarrhea 3 times a day or less. Frequent diarrhea is a common occurrence in those with IBD, regardless of whether they are "in remission" (that is, not actively experiencing other symptoms of IBD) or not.

On the other hand, those who followed a low-FODMAP diet didn't experience any improvement in their symptoms of constipation. No surprise, to be sure: a diet low in foods containing FODMAPS eliminates many common sources of dietary fiber.

If you have Crohn's Disease or Ulcerative Colitis, it may be worth trying a low-FODMAP diet for some relief from symptoms. Common foods containing FODMAPS include onions, garlic, and cabbage; stone fruits like peaches, nectarines, and plums; legumes (including beans and lentils); dairy products that contain lactose; many sweeteners, including high fructose corn syrup, honey, and agave nectar; and alcohol.

Safe foods include vegetables such as carrots, bell peppers, lettuce, and tomato; fruits like oranges, grapes, and melons; cheeses that are low in lactose; beef, chicken and eggs, and pork; most nuts; non-dairy milks such as almond milk or coconut milk; and tea or coffee (with non-dairy milk or creamers).