Good News for Those Who Love Chocolate, Wine or Tea
I've talked before about the positive effects of polyphenols, which are found in fruits like grapes and in tea, red wine, cocoa and coffee. The largest subtype of polyphenols are called flavonoids. There's been some really interesting research linking the intake of flavonoids and a reduced risk of Alzheimer's Disease and dementia in general.

Have a cup of (green) tea
The polyphenols (antioxidants) in green tea have been shown in animal and in vitro studies to have protective benefits against cardiovascular disease and cancer. Human studies, however, have been small and their results varied. Drs. Kuriyama and Shimazu and their colleagues in Japan made use of data from a large, long-term prospective study to analyze the relationship between green tea consumption and the mortality rates due to cardiovascular disease, cancer, and all other reasons for death. 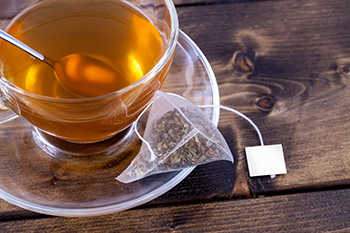 A recent study suggests that if you are female and the carrier of a certain gene, you might decide that tea is a better choice.

Researchers in Singapore invited residents at least 55 years old or over from a particular region of Singapore to participate in a study called The Singapore Longitudinal Aging Study (J Nutr Health Aging 2016;20(10):1002-1009). As part of the study, the participants responded to a variety of health and dietary questionnaires and provided blood for additional testing. One of the questionnaires was a test we doctors know as the MMSE - the Mini-Mental State Examination.

The Mini-Mental State Examination is a series of questions designed to test different cognitive functions, from orientation (knowing where and when you are), to immediate memory and short-term memory, and language functioning. It's a quick, cheap, and easy way to test for the presence of cognitive impairment - but it is not a diagnostice tool, meaning that it shows that a problem exists, but not why that problem exists.

Of the 957 participants who received scores of 26 or above on the MMSE (no cognitive impairment), about 30% did not drink tea at the start of the study. The 70% who did were divided into two groups: those who drank only black tea and those who drank both green tea and black tea. (Only one person drank green tea exclusively.) The tea drinkers were also broken out into groups according to how much tea they customarily drank, Low (less than 1 cup per day but more than 1 cup per week), Medium (1-2 cups per day), and High (3 or more cups per day).

As with the article a couple of weeks ago on Eggs and Alzheimer's, the researchers tested the participants to see if they were carriers of the gene apolipoprotein E4 (Apo-E4), which indicates a greater risk of developing dementia.

Between 3 and 5 years after the start of the study, the authors returned to visit the participants and again administered the MMSE along with their dietary and health questionnaires. Those participants whose scores fell into the realm of cognitive impairment were compared with those whose scores did not.

The drawbacks of this study include the short duration of the study (ten years or less) and the relatively small number of people who experienced cognitive decline during that period. That said, along with its many other benefits, it does appear that drinking black tea regularly may help you avoid cognitive problems later in life. Note that those who benefitted the most in this study were those who drank tea at the start and the end of the study, which may indicate a much longer-term habit. Choose water, tea, or coffee instead of sodas. Caffeinated, or decaf? The authors of this study didn't seem to have asked, so I would recommend to my patients that they follow their preference.