Why are fruit and nuts good for you?

Fruit and Nuts in the Mediterranean Diet 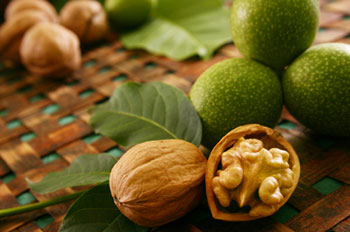 Nuts and seeds are great for you.

While nuts and seeds contain a lot of calories, they are the best quality calories and are high in unsaturated fats, especially monounsaturated fat. Nuts have been shown to be very satisfying and this makes them a great choice for snacking. Instead of potato chips or crackers, have nuts. There's great research that shows you won't gain weight eating the nuts, while eating potato chips is clearly linked with disease (Am J Clin Nutr 2006;83(2):284-90).

In one study researchers found that participants who were eating 5 or more 1-ounce servings of nuts per week were 26% less likely to die from any cause, including cardiovascular disease, cancer, or stroke. That's huge! Even more interesting is that those who reported eating just a little less - between 1 and 4 servings per week - reduced their risk of death by about 15%. (Am J Clin Nutr 2015;101(2):407-12)

In a follow up study using similar data, researchers found that compared to those who did not eat nuts at all, eating nuts (regardless of amount) made the participant 7% less likely to die of any cause. (NEJM 2013;369(21):2001-11) That may seem less than interesting, but look at what happens as the amount of nuts eaten each week increases:

Even for those already following a Mediterranean Diet, increasing the amount of walnuts consumed has been shown to lower total and LDL (bad) cholesterol an extra 6% over their already healthy diet. Other studies on specific varieties of nuts show similar positive effects: I love pistachios, for example, and one study showed similar improvement in cholesterol profiles when participants ate 20% of their recommended calories in pistachios. Studies with walnuts and almonds show the same results.

One important study shows that nuts added to a Mediterranean Diet dramatically reduced the risk of developing metabolic syndrome (a grouping of conditions including diabetes, hypertension and high cholesterol).

People who snack on nuts tend to reduce the number of calories they eat at regular meals (J Nutr Met doi:10.1155/2011/357350). In another study of those already on a Mediterranean diet, adding walnuts resulted in an additional 4% decrease in total cholesterol. Research on almonds shows that adding 3 ounces of almonds per day for 9 weeks resulted in as much as a 10% drop in cholesterol. To make it even better, nuts and seeds are chock full of antioxidants and Vitamin E as well as magnesium, copper, plant sterols, protein, and fiber. In look at tree nuts - and specifically walnuts - a study showed that the more walnuts a woman ate, the lower her risk of developing type 2 diabetes. (J Nutr 2013;143(4):512-518) 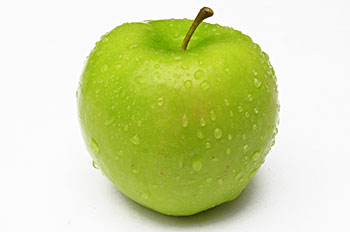 There is similar proof about the benefits of eating fruit. One of my favorite studies looked at whether an apple a day actually does keep the doctor away (Am J Clin Nutr 2002;76(3):560-68). Researchers in Finland were looking at the effect of diet and antioxidants on different diseases. They were trying to understand what types of antioxidants, such as flavonols and flavones, might offer protection against disease.

Their work showed that the more apples a person ate, the lower their risk of heart disease, diabetes, lung cancer and asthma. Another group showed the positive effects of apples against ongoing genetic damage. In both cases the researchers felt that it was the high antioxidant content in apples that made the difference.

I've written elsewhere about how great fiber is for you, and apples, like most fruit, have a lot of fiber. They have as much fiber as a slice of whole wheat bread, but only about 80 calories. This makes them the perfect snack. We know that people who fall into the "sweet snacker" category are a perfect match for fruit (Appetite 2006;47(1):107-10). One study showed that those folks who ate an apple were nearly as satisfied as when they ate a chocolate bar, but they felt much less guilty about eating the fruit.

In a very well designed study women eating fruit as snacks lost weight (an average of 2 pounds), while those women eating cookies gained a weight (about a pound, on average) (Appetite 2008;51(2):291-295).

Sweet and juicy, it's important to have your fridge full of apples, grapes, oranges, pears, and other fruit so you are prepared. Fresh fruit is a better choice than fruit juice because the fruit has been shown to be much more satisfying than drinking a glass of juice.

Have as much fruit every day as you want. Like veggies, it's hard to gain weight eating fruit. Have fruit with meals and for snacks when you're craving something sweet. Keep nuts on hand for the times that you want a more savory snack. There's no doubt that eating more of them (and less junk food) will help you be healthier.