Why is eating fish good for you?

Fish in the Mediterranean Diet 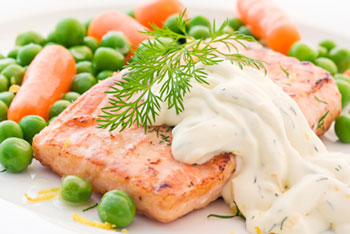 This is not to say that those people who live in Mediterranean countries eat only fish. They do consume meats - beef, chicken, pork and lamb - but they consume less of it than Westerners and eat more seafood. Not a lot more seafood, however. On average, it works out to eating at least two or more servings a week of fish or around 8 ounces for those on a 2,000 calorie diet.

There are a lot of reasons that eating fish is better for you than other sources of animal protein. Seafood is generally lower in fat and the types of fat in fish are less saturated. They also contain essential fatty acids like Omega-3 fats.  It's so simple, really, but this is probably the most powerful change that you can make in your diet. Much of the research on the benefits of fish stem from early studies on Inuit natives and their high consumption of salmon and low rates of heart disease. Over time we've come to understand that this is because they are eating fish that are high in monounsaturated fats, especially Omega-3 fats.

There's lots of research on the power of fish to prevent heart disease. This means fatty fish or "dark fish" like tuna, salmon, sardines, swordfish, mackerel or bluefish, which are all high in Omega-3 fatty acids. There is now evidence that the salmon you'll have for dinner tonight can actually treat heart disease!  For example, a study compared 229 women who had already been diagnosed with heart disease. Researchers tracked whether the participants ate 2 or more servings of any kind of fish each week (or 1 or more serving of dark fish). After three years, the results showed that those who ate more fish had less progression of their heart disease.  (AJCN, 2004; 80: 626 - 632) 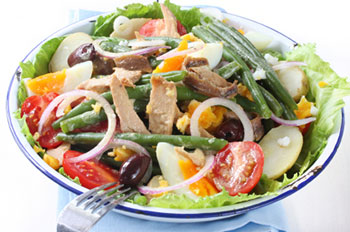 There is evidence for fish being beneficial for many health problems, including osteoporosis and infections. There are even studies that show that fish has a major role in the prevention of cancers, including kidney, skin and colon cancers. (JAMA 2006;296:1371-1376)

The old adage "fish is brain food" is true, and many studies support this conclusion. One reported that a single meal of fish per week reduced the normal age-related decline in intelligence by 10% to 13%. (JAMA Intern Med, 2015;175:1094-1103) This is the equivalent of being mentally three or four years younger. In another study, scientists looked at fish consumption as it relates to mental decline. Those who did not eat fish had a decline 4 times the rate of those eating fish twice a week or more. (JAMA 2010;303:250-257)

One study looked at the MRIs of 260 men and women and measured their brain volume and then correlated that volume with the amount of baked or broiled fish they had reported consuming in a dietary questionnaire completed the year before the MRI was performed. Blood tests performed that same year confirmed that the participants' blood levels of Omega-3s was consistent with the amount of fish they had reported eating.  The researchers found that brain volumes in two areas of the brain that are related to memory and cognition were larger in those participants who reported eating fish at least once per week. (Am J Prev Med 2014;47(4)444-451) 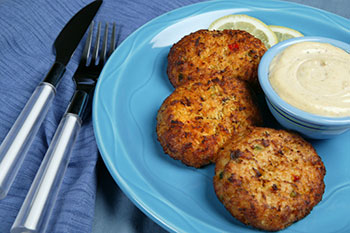 Just as with vegetables, I have lots of patients say that they just don't like to eat fish.

My reply is the same as with veggies: make a list of fish (or shellfish) that you do like (it will be longer than you might think) and then look for healthy recipes. Even if you don't like stronger tasting fish, like tuna and salmon, freshwater fish, which are lighter tasting, may appeal to you. While leaner freshwater fish such as trout, bass, and whitefish may not be the best source of omega-3 and omega-6 fatty acids, they still have them and they're still both delicious and low in both calories and fat.

Make eating fish part of your meal plans at least twice a week.