How to keep a food diary, and why it is essential to weight loss 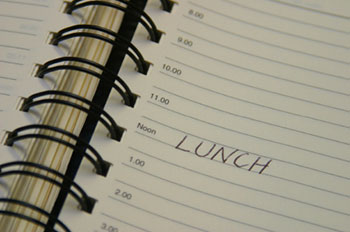 Keeping a food diary has long been the cornerstone of many successful weight loss programs because it lets you know just how many calories you are eating. I also believe that it’s a great tool for you to identify where you can improve the quality of the calories that you are eating.

Weight Watchers has used it as part of their offerings with great success. I see this in my practice, with those who are really honest and thorough at writing down what they eat having the most long term success.

While Weight Watchers has been successful with this approach for years, there has not been good scientific evidence to prove that it actually works until recently. Part of the problem in the research has been a long-standing question of “under-reporting” or the idea that folks are simply not honest about what they actually eat. Research has been mixed, but a lot of it shows this to be the case, with between about 25% and 50% of people recording less than they actually consumed.

You might think that technology would help, but results are also inconsistent. In one study (J. Am Diet Assoc 2006; 106: 1256 - 1259), participants used Personal Digital Assistants (PDAs) to help them keep track of what they ate.

Just as with paper food diaries, researchers found that there was a marked difference in the amount of food reported and that which they actually consumed. 41% of the participants under-reported their intake. While the PDA didn’t help improve the accuracy, the investigators thought that it might be the technology itself posing a barrier. A common complaint was that the users were not familiar with computers and found the Palm difficult to use.

The technology has, however, come light years since that research, and there are more and more websites that offer not just food tracking software but also community support. This is the model that Weight Watchers has been offering for years in their meetings.

A report in JAMA showed how well such online software works (2008; 299(10): 1139-1148). After an initial weight-loss program lasting six months, participants were randomly assigned to one of three groups: no special assistance in weight maintenance, brief monthly consultations with an expert, or unlimited access to an interactive website designed to help with weight loss maintenance.

All three groups regained some weight during the weight maintenance phase of the trial that lasted for another 30 months. But over two thirds of the people in all three groups kept their weight lower than it had been before starting on the plan. The amount they regained, however, varied according to the group they were in: those with no special assistance regained the most, at just over 12 pounds, while those in the website tracking plan regained the least (just under 9 pounds).

In another study that looked at different aspects of weight loss, using a food diary was shown to be as powerful as exercise (maybe a bit more) in participant’s long term success. (Am J Prev Med 2008;35(2):118 –126) Those in the study who more faithfully kept a food diary lost twice as much weight as those who didn’t. When you consider that it’s free, easy and doesn’t take a lot of effort, this should be a powerful tool in your eating healthier.

In talking to those of my patients who have lost weight, whether using this or another program, those who have kept track of their intake have done the best. Those who plan ahead do even better. By knowing what you are going to eat in the coming week, your food diary is essentially already filled out. All you need to do is follow it and add in any changes you might make during the week.