When questionable research still proves something
On a few occasions I've reported on lower quality research, especially when that research has generated some media interest. I want you to know what to look for so you can better evaluate the research for yourself. On the other hand, sometimes that poor-quality research does prove something - just not what the authors thought they were proving.

Mushrooms vs. Meat
I love mushrooms. With only about 15 calories per cup, they're a good source of fiber and are also a good source of Vitamin D, selenium, and folate (especially important for women of child-bearing age). The best part? They're cheaper than the same amount of beef.

Red meat: yeah, we knew that 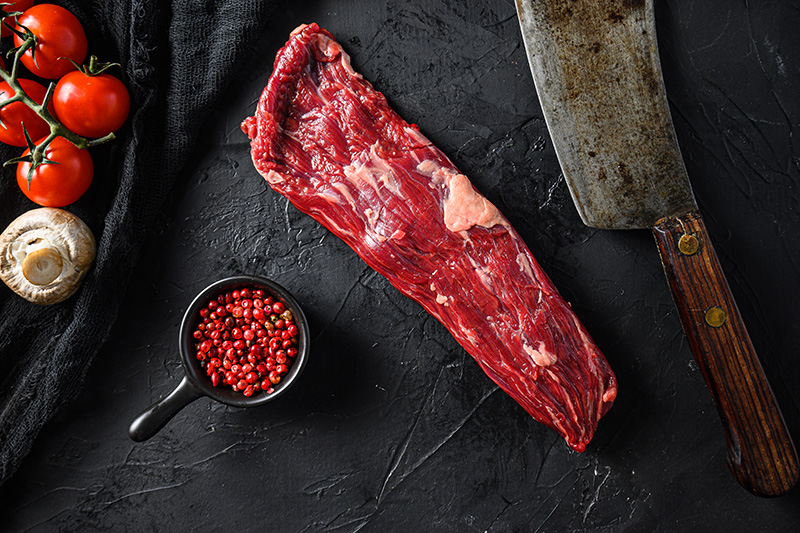 A study published recently in the American Journal of Clinical Nutrition (2021;113:1126-1136) appears to show that consuming a moderate amount of lean beef, in conjunction with a Mediterranean-style diet, improved cholesterol scores significantly compared to the Average American Diet.

Fifty-nine middle-aged men and women were randomly fed one of these diets for a four-week period, receiving all of their food from the lab, after which they returned to their usual diets for one week. This was repeated until all of the participants had followed each diet for four weeks. As a control the authors included what they dubbed an "Average American Diet" which included 52% of calories from carbohydrates, 15% from protein, and 33% of calories from fat (including 12% of calories from saturated fat).

The participants received blood tests at the start and end of each of the four 4-week diet periods.

I'm not surprised, however. Because this isn't news.

To get your "less meat and leaner meats" point in a Mediterranean Diet score, you should consume less than 3.25 ounces of land animal protein (lean cuts of beef, pork, chicken, lamb, etc.) per day, on average. (That's for women. Men can consume up to 4 ounces per day, on average.)

Let's look at how much that is:

Averaging 3.25 ounces per day means up to 22.75 ounces of land animal protein per week. That's a good-sized chicken breast, an egg salad sandwich, a juicy burger, and some pork tenderloin - plus some. The participants in this study who followed a Mediterranean-style diet that included 2.5 ounces of lean beef per day (note that's less than 3.25 ounces per day) improved their cholesterol scores.

When the participants were consuming an average of 5.5 ounces of lean beef per day, their cholesterol scores did not improve over the "Average American Diet". Probably because that beef took the place of other protein sources, such as legumes, fish, and other land animal proteins.

This study, as you might have guessed, was funded by the Beef Checkoff, which is a marketing group for the Beef Board. On the home page of the Beef Checkoff's website is their purpose: "Increasing Demand for Beef." I bet they were disappointed by this research's results.

If the authors really wanted to discover something useful they would have been smart to include a vegetarian phase of the diet. What they've actually done is show something we already know: a moderate amount of lean animal protein, yes, including beef, is part of a Mediterranean-style diet.