Red meat still not bad for you
Older studies have linked eating more red meat with a higher risk of heart disease and type 2 diabetes. But is it the red meat itself, the higher saturated fat that's associated with red meat, or something else? Other studies have suggested that the culprit might be increased inflammation due to a higher level of blood iron. On the other hand, for those who have normal iron levels, changing the amount of red meat intake has been shown to have little effect on blood iron levels. 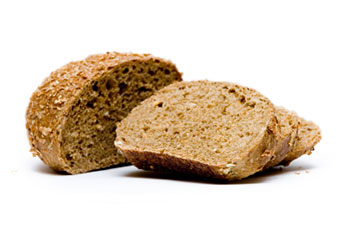 In the last few years carbohydrates have taken a beating in the popular press, demonized by proponents of Atkins and other fad diets so thoroughly that even dietitians (who should know better) talk about how to make food choices in order to avoid eating them. More recently, wheat has become the food people love to hate, with whole books of pseudoscience demonizing this single grain.

I can understand the urge to make questions of diet into black and white: foods to avoid, foods to eat. But the large (and growing) body of peer-reviewed, scientific evidence we have shows that eating healthy is not about cutting out entire food groups or even single foods: it's about consistently eating a variety of foods from an array of healthier choices. (It's not a sexy message, I know.)

An article in the American Journal of Clinical Nutrition (2015;101:251-61) shows that wheat has a role to play in a healthy diet by helping reduce systemic inflammation, which has been linked to cardiovascular disease, cancer, and diabetes. A team of researchers based in Italy recruited 68 overweight or obese adult men and women who were otherwise healthy to participate in a feeding study. Participants were selected from those who ate few whole grain foods or fruits and vegetables, did not take probiotic or vitamin/mineral supplements, and had a low level of physical activity.

At the end of the 8 weeks the researchers compared blood, urine, and fecal sample tests from each participant with the same tests performed at the start and midpoint of the study. While none of the participants lost weight or saw significant changes in their cholesterol scores, those who were consuming the whole grain product saw their markers of inflammation decrease significantly while anti-inflammatory markers increased.

It's important to emphasize who the study participants were: they were overweight or obese, did not do a lot of exercise, and did not eat a lot of whole grains or fruits and vegetables. Choosing these participants made it easier to see the effects of switching to whole grain over refined grains. Still, one small change - switching to a whole grain wheat product over their usual refined grain product - made a significant difference in their risk of developing diabetes, cancer, or heart disease.

While this is exciting news, I do have to caution you to take this with a (small) grain of salt: this research was supported by General Mills Bell Institute of Health and Nutrition, who gave the researchers an unconditional (read: no strings attached) grant to perform this study. The whole grain wheat product used in the study was Shredded Wheat, which is a product of Cereal Partners Worldwide, a joint venture between General Mills and Nestle. I would rather this were funded by a disinterested third party, but on the other hand, this was a placebo-controlled randomized trial, making it less likely that knowledge of the funding's source affected the researchers' conclusions.

Regardless of the funding's source, this study underscores whole grains (and specifically whole grain wheat) as an important point in the overall Mediterranean Diet style of eating: great foods, cooked healthfully, and a great variety. Find out more about the nine principles of a Mediterranean Style diet.