Can I continue to eat a vegetarian diet during pregnancy?
Yes, you can. Here are some guidelines.

Vegetarians Less Likely to Die from All Causes 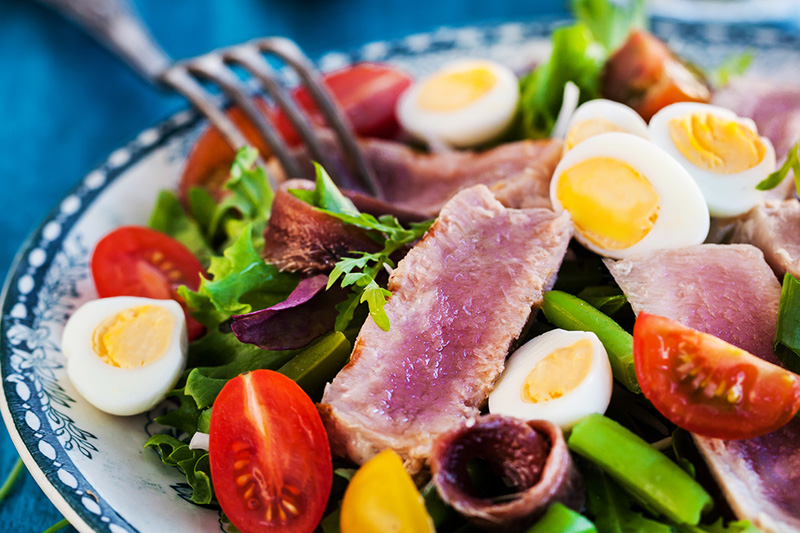 A recent study funded by the National Cancer Institute found that vegetarians were 12% less likely than non-vegetarians to die from any cause. Sounds like you should quit eating meat right away, doesn’t it? Not necessarily.

The data comes from a long-term, large scale study known as the Adventist Health Study 2. These adult male and female Seventh-day Adventists were recruited between 2002 and 2007 and responded to detailed dietary questionnaires of over 200 food items at the start of the study, which is ongoing. For the purposes of this analysis (JAMA Intern Med 2013;173(13):1230-1238), the researchers excluded those under 25 years of age and those with a history of cancer or heart disease at the time of recruitment, leaving over 73,000 participants.

Rather than asking the participants to identify themselves as vegetarian (whether vegan, lacto-ovo, or other type of vegetarian), the researchers used their questionnaire responses to group the respondents into five dietary types:

The researchers note that for some of their conclusions they grouped the four vegetarian diets into one, comparing all four of the vegetarian types as a group to the non-vegetarians. This is important because on the whole, vegetarians tended to be older and more educated, smoked and drank less, exercised more, and had lower Body Mass Indices than those who were non-vegetarians.

What’s interesting about this study comes out when you look closely at the comparisons between the various types of vegetarianism. The pesco-vegetarians actually reduced their risk of death from ischemic heart disease, cardiovascular disease, and all others causes except cancer more than the vegans!

The Dr. Gourmet message is about eating great food that is great for you and doing so in a way that you can keep doing for the long term. Not everyone is cut out for a vegan lifestyle (or even a semi-vegetarian lifestyle). If you are and it’s working for you, great!

Today’s research shows that you don’t have to cut out all animal products to be eating healthy. For a diet that for most people is something they can live with for the long haul, the Mediterranean Diet, with more fish and less meat and red meat, is still the best diet and the one we have the most high-quality research on.