Alcohol-Free Beer: an Antioxidant?
Reading the academic research articles that we then write about here at Dr. Gourmet is not what I'd call reading for pleasure. They're interesting, of course, but a bit dry, as I'm sure our Health and Nutrition Bites are. Now and then, however, I do come across an article title that is so interesting that I just have to read it.

What are Antioxidants?
Antioxidants. You hear the term all the time but what does it mean? The word sounds so important, so sciency and there is, of course, science involved.

Mix Up Your Veggies and Fruits
It has been well established that eating vegetables and fruits (VF) has many health benefits. Most research indicates that it is the antioxidant properties that are responsible for their positive effects. Some of the most widely studied have been ingredients from specific botanical families, including the cabbage family, the lily family (garlic), citrus (such as oranges) and the family that includes tomatoes. 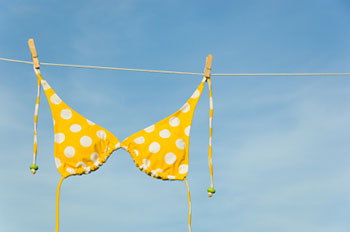 Cancer is caused by a multitude of factors, but one that we're sure of is cellular damage through oxidation. High levels of sun exposure causes this oxidative damage to skin cells, which can lead to skin cancer. On the other hand, we also know that anti-oxidants in the diet, like vitamins C and E, can help reduce this damage.

But people don't just eat vitamins - they eat food. Scientists in Australia noted that while there are studies of fat intake or green leafy vegetables and their individual effect on your risk of skin cancer, there isn't much research on overall dietary patterns.

To assess this interaction between dietary pattern and risk of skin cancer, 1,360 residents of a community in Queensland, Australia were recruited to participate in a long-term study begun in 1992 (Am J Clin Nutr 2007;85:1401-8). At the beginning of the study, the subjects filled out a questionnaire detailing how often they had eaten any of almost 130 different foods, including added sugar, fat and fried foods, and fruits and vegetables, over the previous six months. They also answered questions about their skin color (fair, medium, or olive), whether they initially burned or tanned when they went in the sun, whether they had any history of diagnosed skin cancer, and other risk factors for skin cancer.

Meanwhile, the Australian scientists analyzed the food questionnaires from the subjects and identified two distinct dietary patterns: one they called the "meat and fat" pattern, and another they called the "vegetable and fruit" pattern. The meat and fat dietary pattern consisted of a high intake of red and processed meats, high fat, processed grains, snack foods, sugared drinks and high-fat dairy products. The vegetable and fruit dietary pattern will be familiar to those who have been reading these News Bites: high amounts of vegetables, fruits, unprocessed grains, fish, and low-fat dairy products. (Hmm... Mediterranean Diet, anyone?)

More evidence that a healthy diet can help you avoid many types of cancers. I also tell my patients that when they go outside they should always wear sunscreen of at least 30 SPF (I wear 60 SPF).