How to read nutrition labels
There was a time when the Nutrition Facts box on food labels didn't exist. The first book I wrote was mostly about how to read a food label, because before 1990 all that was required was simply a listing of ingredients. The only way to know if what you were buying might be healthy or not was that the ingredients were listed in order of amount by weight.

Trans-fatty acids and fertility
You've seen it in the news: Trans-fatty acids have been linked to an increased risk of inflammation (leading to heart disease and cancers), insulin resistance and type 2 diabetes. Researchers at Harvard and the Brigham and Women's Hospital in Boston, Massachusetts noted recently (Am J Clin Nutr 2007; 85:231-7) that factors relating to insulin sensitivity may have an effect on female infertility, which affects about 7 million women who are trying to conceive. Could eating foods containing trans-fatty acids be linked to infertility?

Saturated Fats
We've known for some time that saturated fats are one of the key elements in increasing the risk of not just heart disease and stroke, but also promoting some cancers. Unfortunately, people have gotten the idea that all fat is evil, especially saturated fat.

A blood test for risk of heart disease? 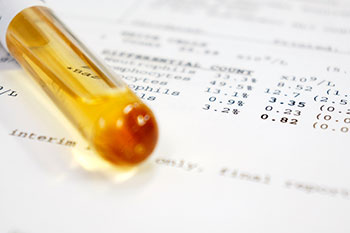 We know that trans-fatty acids are associated with a higher risk of heart disease. One recent study has estimated an additional 23% risk of developing heart disease for every 2% increase in the amount of trans-fatty acids in one's diet. Yet we also know that people's recall of what they eat can sometimes be unreliable. Researchers at Harvard Medical School recently performed a study to find out if trans-fatty acid intake could be measured via a blood test (Circulation 2007;115:1858-1865).

The study utilized blood samples drawn from 32,826 women in the Nurses' Health Study. All of the samples were from women who were free of cancers or heart disease at the time of the blood being drawn, although 167 women later were diagnosed with heart disease or died of a heart attack.

The analysis of the blood drawn focused primarily on the fatty acids that could be found in the red blood cells themselves as measured by gas-liquid chromatography. Each type of fatty acid was identified as a percentage of the total in each sample. A standard cholesterol screening was also performed for each sample.

After analyzing all the blood samples, the scientists grouped the samples into four increasing levels of trans-fatty acids in the blood cells. By comparison with those women in the lowest fourth, the women with the highest levels of trans-fatty acids in their blood cells were almost three times as likely to develop heart disease! This continued to hold true even when the scientists controlled for such variables as fiber intake, vitamin E supplementation, or the amount of fruits and vegetables the women ate.

This study gives us another tool for measuring risk of heart disease, although it might be some time before it becomes a standard test, if ever. It certainly gives us a good measure of what people really eat versus what they say they eat. In the mean time, read nutrition labels carefully and avoid foods - including fast foods! - that contain trans-fatty acids.