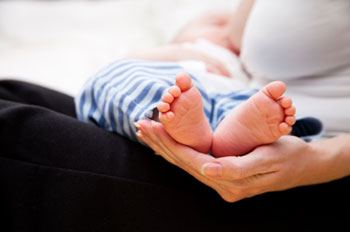 You've seen it in the news: Trans-fatty acids have been linked to an increased risk of inflammation (leading to heart disease and cancers), insulin resistance and type 2 diabetes. Researchers at Harvard and the Brigham and Women's Hospital in Boston, Massachusetts noted recently (Am J Clin Nutr 2007; 85:231-7) that factors relating to insulin sensitivity may have an effect on female infertility, which affects about 7 million women who are trying to conceive. Could eating foods containing trans-fatty acids be linked to infertility?

They tested their theory as part of the Nurses' Health Study II, which involves 116,671 nurses who were between 24 and 42 years of age at the beginning of the study in 1989. Dietary information was collected in 1991 and in 1995 with over 130 specific foods on the questionnaire, including foods containing trans-fatty acids.

Women who were diagnosed with type 2 diabetes were excluded from the study, and only those women who were married were included in the analysis, as their pregnancies were assumed to be intentional. This left 18,555 women who tried to become pregnant or who became pregnant between 1991 and 1999. Other than diet and pregnancy, the scientists also factored in other variables that might affect ovulatory infertility, such as smoking, Body Mass Index, age, and exercise levels.

After analyzing the women's diets and other factors in relation to their fertility, they found that an increase of just 2% in the amount of calories eaten in the form of trans-fatty acids, instead of monounsaturated fats (like those in olive oil), more than doubled a woman's risk of ovulatory infertility.

Why eat foods containing something that's clearly so bad for you, when there are such delicious alternatives? Throw away the trans-fats-containing margarine and replace it with olive oil for pan-searing or sauteeing. For baking, I use one of the trans-fat-free spreads.