Grocery Store Advertising Circulars
Do you clip coupons or look for deals in those weekly grocery store newspaper inserts? You're not alone. Four out of five newspaper readers at least look at those ads, while 2 out of 3 use coupons clipped from those newspaper circulars. That makes those ads very attractive for food advertisers: in 2010 over $1.6 billion was spent on newspaper advertising.

Be aware of soft drink advertising
I have a patient who drinks a six-pack of sugared soda every day. As you might expect, he has a weight problem: in addition to his regular eating habits, he's consuming an extra 900 calories of sugary-sweet soft drink every day.

The Quality of Food Advertised to Children
If you have kids, chances are they watch Nickelodeon: the cable channel's programs account for 47 out of the 50 top children's shows on television today. Those programs reach into movies, books, magazines, and websites, while the characters in those programs are used to market food products and are made into collectible toys.

Ads can affect your attitudes about food 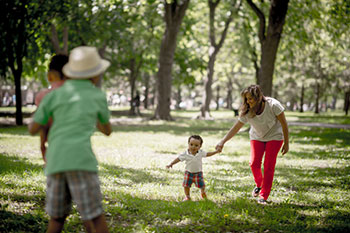 Researchers at Tulane University in New Orleans note in a recent study (Am J Prev Med 2007;32(3):217-223) that Louisiana's rates of obesity are high above the national average of 32%. In an effort to improve New Orleanian's attitudes and behaviors toward eating healthy and becoming more active through walking, in 2005 the Louisiana Public Health Institute and the City of New Orleans created an advertising campaign called "Steps to a Healthier New Orleans."

This campaign ran from February through August of 2005 and was unique in that it focused its messages toward the African-American majority of the population of New Orleans. As well, the campaign made use of paid advertising, which allowed for ad placement in times of high viewing and listening. Most public service ads rely on government-mandated free placements, which mean that the ads are seen or heard far less frequently than other, paid, ads. The ads and signs made specific recommendations for ways to incorporate increased physical activity (by walking) and fruit and vegetable consumption into the viewers' daily lives.

They found that the campaign was, in their estimation, effective: attitudes toward walking improved over time, along with the respondent's ability to recall seeing or hearing the ads about walking and increasing one's intake of fruits and vegetables. Did New Orleanians change their behavior? The researchers note that it's too soon to tell, but that attitudes must change before behaviors can change.

If positive ads about exercise and eating healthier can have an impact on your attitudes, so can ads for snack foods. Often those ads say nothing about their nutritional value and just make the food look fun. Advertising is designed to be seen or heard, so it's hard to avoid. The next time you see an ad for a snack food, think about it for a moment. Is the food really good for you, or is it just a catchy ad?