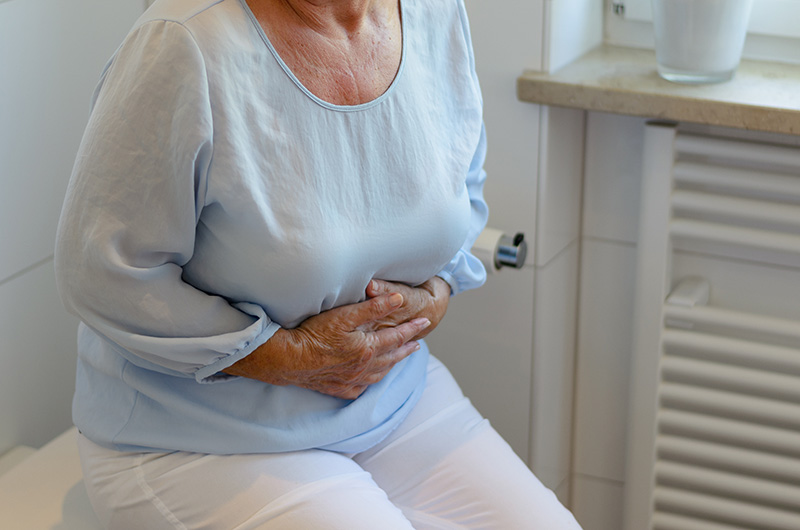 I was at a conference recently giving a lecture about eating healthy. The focus of my talk was on the perceptions, reality, and practice of diet in the United States. After most lectures I have time for a Q&A session, and I got a lot of the usual questions regarding different diets, food policy, sugar in our food, how our food is grown or produced, etc.. This was the first time that I heard the question, "Do you think that leaky gut syndrome is a real diagnosis?"

My answer was "No." Plain and simple, and it took only a single word to answer her question.

I could have easily ended the answer there, but I did qualify by saying, as I often do, that science does evolve, and with more evidence we might find that this is a significant health issue. The problem is that it's unlikely we will ever have that evidence, because this is another one of those theories put forth by doctors as fact. Just because someone has an MD or a PhD behind their name does not always mean that they follow evidence. These folks will label their patients with diagnoses that either they make up or are perpetuated by other quacks. There are a number of these fake diagnoses: Chronic Lyme Syndrome, Wilson's Temperature Syndrome, and Yeast Allergies are examples. Leaky Gut Syndrome is another.

Here's the theory: the intestinal lining somehow becomes irritated and subsequently permeable. The abnormally porous nature of the gut allows toxins, food particles, parasites, yeast (including Candida), and even particles of food to be absorbed into the blood stream. The theory goes on to say that this absorption creates an autoimmune reaction and leads to a plethora of symptoms. The treatment is a series of dietary changes, such as not consuming protein and carbohydrates in the same meal, but it also requires (you guessed it) a number of supplements and proprietary "cleanses" that the quacks charge for.

As with most quackery, the foundation is pseudoscience - lacing together one or more facts or evidence to support their theory. With Leaky Gut Syndrome, this does has its foundation in a real concept - Intestinal Permeability1. Our guts do have the ability to absorb nutrients and that permeability can be affected by a number of factors. There are tight junctions between the cells that line the intestine and a number of things can have an effect on how tight those gaps are. There is a protein, zonulin, that is known to control the permeability of the gut 2,3.

For example, it has been shown in Celiac patients that their zonulin level is higher, and after adopting a gluten free diet those levels decrease and the auto-immune response typical of Celiac disease, in which the body attacks the villi of the small intestine, resolves. There are, however, multiple steps in this theory - good hypotheses, but none proven - that would lead to this conclusion (see section V. ROLE OF ZONULIN IN AUTOIMMUNE, INFLAMMATORY, AND NEOPLASTIC DISEASES in this article).

There are clearly conditions that are associated with increased permeability, including Celiac Disease, possibly diabetes, and inflammatory bowel diseases such as ulcerative colitis and Crohn's Disease. The challenge is to identify the causal link between the disease and the permeability: is it genetic as with diabetes or Crohn's, or is it genetic with an offending trigger such as Celiac with gluten? The challenge is that quacks will make the leap of faith based on an investigatory article and not wait for a randomized trial. While the articles are seldom cited by quacks, this one is occasionally4. It does have interesting findings, but the authors do say:

"We believe that this study could contribute to the clinical characterization of gluten sensitivity as a condition associated with prevalent gluten-induced activation of innate immunity in the absence of detectable changes in mucosal barrier function, and that it provides additional clues to the definition of the complex gluten-induced changes in TJ regulation and immune processes underlying Celiac Disease pathogenesis."

The article actually shows that there is not preservation of the barrier in patients with gluten sensitivity (a condition that I believe the evidence shows is valid but that's for another article).

Yes, there are a lot of studies that look at this, but many are performed in mice (not a conclusive analog for humans)5. Other studies look at a link to zinc (in this case in Crohn's patients6) and alcohol toxicity (remember that toxicity is not the same as consumption - and again, this study was performed in mice)7. Often one way to spot pseudoscience is to note that the article cited (if one is ever cited) is a review article. These are summations of the state of the art in literature and they are written to help advance science, as a way of eliciting questions about what else might be done to prove a particular theory. This is one such example and is an excellent read, but the conclusion of the authors is:

"Clearly, more intervention trials are urgently needed now to assess the effects of such substances as preventive or therapeutic agents in different populations and diseases, respectively. For these trials, not only known substances, but also new dietetic components and probiotic agents selected according to their beneficial effects on the gut barrier have to be identified and tested."

In short, "There may be something to this, but we don't really understand it and we don't know how to treat it."

Quackery is, in essence, offering patients treatment without the foundation of solid evidence that the treatment is in fact effective and will do no harm. Of course the quacks will say that the medical-industrial complex conspires to suppress such evidence and they are not to be trusted. Who should you trust?

I will put my money on the well-trained and careful researchers that spend their days looking at this, such as these who wrote the articles cited below and the folks at badgut.org, and not the dozens of fake doctors or quacks, who at the end of the articles and books they write, want to sell you something - usually in the form of poorly-tested, expensive supplements that you have no idea what they might contain. Even worse are the quacks who try to sell you a lab test that will prove the diagnosis to you. They will make definitive claims like "The medical profession is just now agreeing this condition even exists!" or will cite "a growing body of research," without any support for this other than their word.

Don't believe it and don't waste your money.

Yes, in the end I did qualify my answer to the woman asking the question. I think that there could be something there, but we just don't have enough information to say that Leaky Gut Syndrome exists. And that's how science works. "Leaky gut" fits the criteria of "if A = B and B = C, it does not mean that A = C." It doesn't work that way in medicine.

The other issue is that if we knew for sure the syndrome exists and what caused it, we would still have to know how to best treat it without doing harm.