Potassium-Enriched Salt Reduces Risk of Death
You might think that it's normal for people's blood pressure to increase as they age. Unfortunately, that's only true in cultures where the usual diet is high in salt - cultures with a usual diet that's low in sodium don't see this happen. As I mentioned last week, taking potassium can help reduce one's blood pressure when doing so won't raise your potassium intake to dangerous levels. So the fact that potassium chloride is a common salt substitute is probably a good thing, wouldn't you think?

Blood Pressure, Salt, and Potassium
We know that diets low in sodium (salt) help to lower blood pressure. What you may not know is that diets that are high in potassium, such as vegetarian diets and those high in fruits in vegetables, can also help reduce blood pressure. 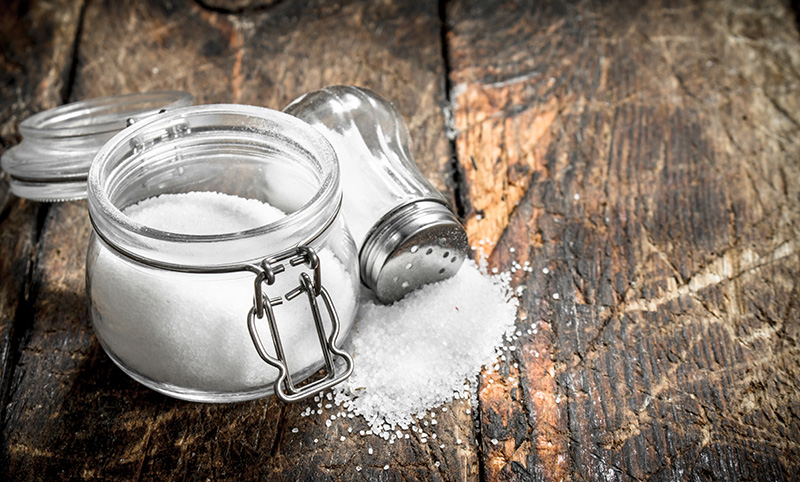 Almost ten years ago I reported on a couple of studies that suggest that higher potassium intake, coupled with a moderate decrease in sodium intake, can significantly affect your blood pressure - and by extension, your risk of death from stroke or heart disease.

The more recent study was a randomized, controlled trial performed in a veterans' retirement community where all meals were provided on site. The authors were able to direct half of the kitchens feeding these veterans in using a salt substitute of 50% sodium chloride and 50% potassium chloride, while the other half of the kitchens continued using 100% sodium chloride (table salt). Those veterans who were fed from the kitchens using a salt substitute were less likely to die of a heart-disease-related illness than those whose kitchens used table salt exclusively.

Today's research is similar, but much larger.

Researchers in China conducted what is known as a "cluster-randomized" trial that included 600 villages in rural provinces in China (NEJM; doi:10.1056/NEJMoa2105675). The villages were recruited using "a group consent process" that worked with both the local board of health as well as the village's leadership to recruit at least 35 people from each village who had a history of stroke or poorly controlled high blood pressures. This finally included nearly 21,000 men and women who averaged about 65 years of age.

All of the participants in each village (as opposed to each individual) were randomly assigned - as a village - to a control group that continued using sodium chloride in their cooking and daily life as usual, or to a test group that was provided with a salt substitute that was 75% sodium chloride and 25% potassium chloride.

After an average follow-up of just under 4 3/4 years, the authors accessed the country's death records or met with the surviving participants and found that those who used the salt substitute were 14% less likely to experience a stroke (even in those who had previously had a stroke), 13% less likely to have a "major cardiovascular event", and were 12% less likely to die of any cause.

Only 4% of all of the participants experienced health issues that may have been related to high potassium levels, and only two participants (one in the control group, one in the salt substitute group) had what the authors term "probable hyperkalemia" [high potassium].

The participants in this study began with an average daily salt intake of about 10 grams per day - not much more than the global average (and yes, this includes Americans). Sadly, the researchers do not report on whether their salt substitute resulted in the metallic flavor that's been reported with many potassium-based salt substitutes.

Does this mean you should switch to a salt substitute that contains potassium? This is something that you should discuss with your physician, as there are conditions and medications that could be significantly affected by a sudden increase in potassium in your diet.