Cure Type 2 Diabetes with a Mediterranean-Style Diet
Five years ago I was really pleased to report on a study that confirmed my personal suspicions: that those with Type 2 diabetes need not count carbohydrates or use exchange lists, but need only follow a healthy, Mediterranean-style diet.

Whole Grains, Heart Disease, and Diabetes
There's a lot of buzz about whole grains now. Frozen food manufacturers like Weight Watchers and Lean Cuisine make a point of touting the amount of "whole grains" in their foods.

A Little More Fiber Can Help You Reduce Your Risk of Diabetes
More and more children and adolescents are considered overweight or even obese, leading to a related rise in the cases of insulin resistance, pre-diabetes, and type 2 diabetes among children.

Weight vs. diet: which is more important for your risk of diabetes? 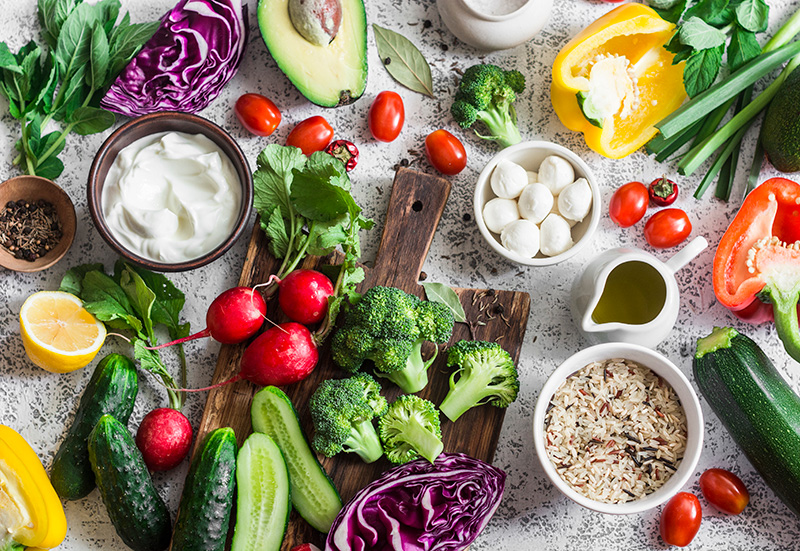 It's true that people in European and Mediterranean countries tend to have a lower Body Mass Index than Americans, spend less time sitting, and place more of an emphasis on getting enough sleep as well as more quality leisure time.

Using data gathered for ARIC (Atherosclerosis Risk in Communities), a prospective cohort study, authors affiliated with Johns Hopkins, the National Institutes of Health (NIH), and the University of Minnesota sought to find out if a Mediterranean-style diet might be linked with a lower risk of diabetes here in the United States (Nutr & Diab 2020;10:8).

At the start of the study all participants were between 45 and 65 years of age and worked with a trained interviewer to fill out a detailed food frequency questionnaire to assess their usual diet. Further, their blood pressures and height and weight were measured and they responded to detailed demographic survey that among other things asked about physical activity, smoking, health and family history, and education.

After excluding those participants with a history of heart disease, diabetes, or cancer, nearly 12,000 American men and women participated in the study.

Using the dietary questionnaires, the researchers were able to assign each participant a Mediterranean diet score (slightly modified for American food culture) on a scale of 0-9, with 9 being the highest level of adherence to a Mediterranean-style diet. At the close of data gathering, in 2018, the authors could compare the dietary scores of those who were diagnosed with diabetes over the course of the study with those who did not.

For their analysis the

That said, when the authors focused on specific elements of the Mediterranean diet, they found that higher scores for red and processed meat (meaning the participant ate less red and processed meat than the average) was related to as much as a 16% lower risk of developing diabetes. Similarly, higher intake of nuts and legumes also seemed to contribute to a lower risk of diabetes.

Most interesting for me as a physician is when the authors looked at only the Black participants, they found that "associations between [Mediterranean diet] scores and ... diabetes were stronger among black compared to white participants" to the tune of a 5% decrease in risk for every 1-point increase in a participant's Mediterranean diet score. (Whites saw just a 3% reduction in risk.)

This study suggests that one's weight is just as, if not more important than what one eats - at least in terms of diabetes risk. Yet diabetes is not the only chronic condition affected by diet - there's heart disease, cancer, and Alzheimer's, to name a few. If you are overweight, worry first about improving your Mediterranean diet score: shoot for improving it by at least two points. Worry about the pounds later.