How NOT to do science: very low carbohydrate diets and Type 1 diabetes
Every now and then a piece of research is published that's just not very good quality. Despite the (presumably) best efforts of editors, peer reviewers, and the editorial boards of major journals, not all pieces of research are as rigorous as others.

When the low-carb hype doesn't add up 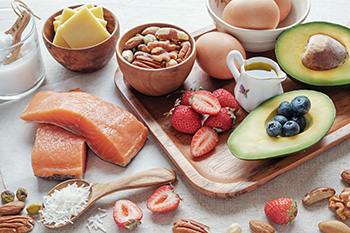 The LA Times headline reads, "The case against carbohydrates gets stronger." The article is written by the lead author of a study recently published in the British Medical Journal (2018;363:k4583)

The BMJ should be ashamed of itself for publishing this article. Here's what many reports on the study fail to mention:

The authors base all of their analysis on only those who maintained their weight loss, completely ignoring the fact that 25% of their participants could not maintain their weight loss regardless of which diet they followed. This is what we in the research business call "cherry picking" - choosing to utilize only the data that supports your desired outcome.

This study is not just small, with only 146 people divided among the three arms of the study, it's simply throws out data on failure rates. It further fails to take into account meaningful pre-weight-loss differences between the groups.

What this study really proves is nothing we don't already know: losing weight by reducing calories doesn't work for everyone, and maintaining that weight loss is a challenge (but more physical activity helps). While losing weight is a useful goal, I no longer see weight loss alone as a meaningful goal for my patients: it's far more important to improve the quality of the calories they put in their mouth, as that will have a far greater impact on their health risks than weight loss alone.