Low-Carb Diets Linked with Higher Risk of Type 2 Diabetes
If you've been following Dr. Gourmet for a while, you already know what I think about the Atkins Diet and other low-carbohydrate diets: why follow a diet - any diet - that takes entire food groups away from you? Certainly we know that such diets work to help people lose weight, which is largely due to the fact that when most people stop eating carbohydrates, they stop eating junk. Unfortunately, the Atkins diet is not a diet that can be sustained for the long term, and the Atkins diet does not prepare people for eating real food: when they go off the diet they usually gain the weight back, and then some.

Low-Carbohydrate Diets and Heart Disease
There has been longstanding controversy over low-carbohydrate diets. Those who write books about such diets make dramatic claims about weight loss as well as the overall health benefits from eating an extremely low-carb diet. Unfortunately, there has not been proof that eating this way prevents disease or helps with weight loss.

A higher protein diet may increase risk of heart failure 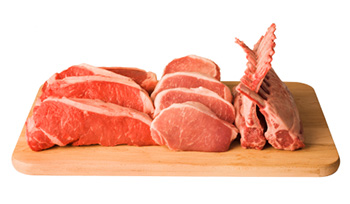 The high-protein, low-carbohydrate diet fad still seems to be going strong. While such diets do help people lose weight (largely because they stop eating junk), we already know that diets that are high in animal protein and animal fats put people at greater risk of type 2 diabetes. They also appear to have some negative effect on your cognitive ability. On the other hand, there's some older research to suggest that a low-carbohydrate diet may not affect your risk of heart disease, at least for women.

A study just published in Circulation: Heart Failure (2018;11:e004531) (a publication of the American Heart Association) is an observational study of nearly 2,500 Finnish men who were between the ages of 42 and 60 at the start of the study's recruitment period between 1984 and 1989.

The participants provided medical and family history, along with their smoking status and level of physical activity and alcohol consumption, and were weighed and measured to determine their Body Mass Index. Further, with the help of a nutritionist they filled out a detailed Finland-specific dietary questionnaire for the previous 4 days, which included a weekend day. Finally, their blood pressures were measured and blood drawn for cholesterol scores.

For their analysis the authors took into account the participant's family and personal health history, BMI, smoking status (length and amount), alcohol intake and physical activity, their health status at the start of the study (did they have heart disease or take heart medications?), their overall intake of the different types of fat and fiber, and education.

In the case of all protein sources, except for processed red meat, consuming moderate amounts of protein (more than those in the lowest levels of intake but less than those in the highest levels of intake) had no statistically significant effect on the risk of heart failure. While more research is clearly needed to find out if higher protein intake actually has some causal effect on heart failure, your take-home here is that a moderate-protein diet that saves processed meats like bologna or bacon for an occasional treat is safer for your heart.