Yes, GERD (Acid Reflux) is linked to higher BMI
Recently researchers in Boston, supported by the National Institute of Health, sought to confirm what I see every day in my practice: that a higher Body Mass Index (BMI) leads to a higher risk of GERD (N Engl J Med 2006(22);354:2340-8). Previous studies seeking to link GERD and BMI suffered from poor design: they did not include a wide range of BMI or persons with varying degrees of severity of their symptoms.

Hormone Use and GERD / Acid Reflux
As many as half of all women experience some heartburn during pregnancy. It's not just caused by the growing fetus, but the valve at the top of the stomach, called the lower esophageal sphincter, becomes weaker in pregnancy. Just why this happens is not known, but the theory is that the pregnant woman's higher levels of estrogen and progesterone may contribute to the weakened sphincter, allowing the stomach's contents to reflux back into the esophagus.

GERD and Lifestyle
For those who may not be aware, GERD (GastroEsophageal Reflux Disease) is a condition in which the acid inside the stomach goes up into the esophagus (essentially the tube from the mouth to the stomach), causing inflammation of the esophagus (esophagitis) and symptoms ranging from mild heartburn to severe chest pain. (Some people have actually thought they were having a heart attack!) 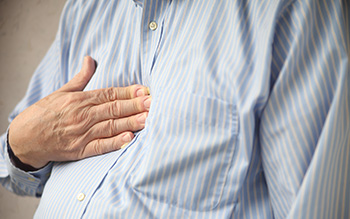 GERD (Gastroesophageal Reflux Disease) is a real challenge, both for doctors and patients. Most commonly it is treated with lifestyle change, which includes avoiding foods that trigger reflux and sometimes losing weight, but more severe cases are treated with a type of medication known a proton pump inhibitors. These medications work by blocking an enzyme in the wall of the stomach that is responsible for producing acid.

A key enzyme in this process, pepsin, can have its action reduced by a low-acid diet, and a pilot study has suggested that drinking alkaline water might help reduce the amount of acid in the stomach. Similarly, a diet high in amino acids, like those found in animal protein, increases the secretion of an enzyme that triggers pepsin's action. Researchers at New York Medical College theorized that a diet that was lower in animal protein and included alkaline water might be a valid alternative to treatment with medication (JAMA Otolaryngol Head Neck Surg doi:10.1001/jamaoto.20171454).

184 men and women with laryngopharygeal reflux (LPR, a specific type of GERD) who were treated at the Medical College's hospital were assigned to one of two treatment plans based on the dates they were treated for their LPR. At the start of the study the patients responded to a symptom assessment tool called the Reflux Symptom Index, which measures the frequency and severity of GERD symptoms. Lower scores indicate less severe symptoms, and a score of 11 or more (with a maximum score of 26) generally considered to mean the patient has LPR.

Both groups were given "standard reflux precautions," which include instructions to avoid certain foods (coffee; tea; chocolate; soda; greasy, fried, fatty, or spicy foods; and alcohol). Half the patients were treated with a proton pump inhibitor medication, while the other half were instructed to replace all of their beverages with alkaline water and to follow a Mediterranean-style diet with less than 10% of their diet being animal protein.

After six weeks the patients again filled out the RSI, reporting on their experience of GERD symptoms. We physicians consider improvement in symptoms to be clinically significant when the patient experiences a decrease of at least 6 points in their RSI. About 54% of the patients taking medication had at least a 6-point decrease in their score, while 62% of those being treated with alkaline water and a Mediterranean-style diet saw that same 6-point decrease. Further, those taking medication decreased their score by 27.2% while those drinking alkaline water with their Mediterranean-style diet reduced their sccore by 39.8%.

The difference in improvement between the two groups isn't considered statistically significant, but that doesn't matter: the important thing here is that GERD was successfully treated with diet alone. If you've been experiencing symptoms and your physician diagnoses you with GERD, show them this article and suggest that you try drinking alkaline water and following a Mediterranean-style diet for a few weeks before starting medication. You might save a lot of money - while still gaining the benefits of a Mediterranean-style diet.