Drinking Coffee Reduces Your Risk
Yet another study has come out that supports drinking regular coffee. In the American Journal of Clinical Nutrition (2006;83(5):1039-46), Dr. Lene Frost Andersen and colleagues studied the relationship between coffee drinking and diseases like cardiovascular disease, cancer (other than skin cancer), Parkinson's disease, gallstones, cirrhosis of the liver, and diabetes.

Coffee good for the elderly, too
A lot of the elderly patients in my practice have a problem that's common in the elderly: their blood pressure drops just after a meal. In some cases, this can cause them to actually pass out for a moment. In the past, this condition has been linked to higher risk of coronary events such as heart attack. Caffeinated beverage intake, on the other hand, has been linked in some studies to a reduced risk of cardiovascular disease. 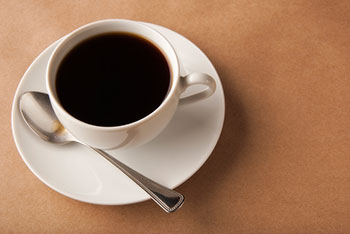 There's a tremendous amount of research available on the benefits of drinking coffee. Much of that research has attributed its positive health effects on the large amounts of antioxidants it contains, regardless of whether that coffee is caffeinated or decaffeinated.

While there are some case when you might want to switch to decaf (like those with an enlarged prostate), caffeinated coffee may help prevent high blood pressure and improve markers of inflammation in those with diabetes.

One of the difficulties in measuring the effects of any specific substance on health is in knowing for sure how much of that substance has actually been consumed by a study participant. Questionnaires are helpful, as are food diaries, but the gold standard is measuring the substance's byproducts (its metabolites) that appear in an individual's blood or urine after consuming it.

A team at the National Institute of Health sought to identify some of coffee's metabolites, and along the way investigate what, if any links they might find between those metabolites and colon cancer (Am J Clin Nutr 2015;101:1000-11). Previous research into a possible link between coffee intake and colon cancer were inconclusive, but coffee is prepared in so many different ways that it is difficult to standardize intake: how do you compare drip coffee with espresso or eating chocolate-covered coffee beans with lattes? Identifying coffee's metabolites would help later research with that problem.

A long-term screening trial of prostate, lung, and colorectal cancers, known as The PLCO Cancer Screening Trial, provided the data for the team's analysis. Those 498 male and female participants who completed a risk-factor questionnaire, a detailed dietary questionnaire, and provided blood samples were included in their case-control study. (Recall that a case-control study matches individuals with a certain condition to similar individuals without that condition and compares the differences between the two groups in order to highlight possible risk factors for that condition.)

The researchers were able to identify coffee metabolites by using mass spectrometry and gas chromatography: to put it very simply, they found 29 metabolites, including 7 they had never seen before, that appeared in larger numbers in those who reported higher coffee intake, leading the team to conclude that those metabolites were indeed coffee metabolites.

When they compared the levels of those known and unknown coffee metabolites in those who developed colorectal cancers with those who did not, they found that two substances, theophylline and caffeine, were associated with a 25% and 19% reduction, respectively, in the risk of colorectal cancers as compared to those with the lowest levels of those metabolites. Two previously unknown metabolites were linked to 15% and 17% reduction in risk.

There's no magic bullet in preventing cancer or other conditions, so we can't say "drink only caffeinated coffee and you'll avoid colon cancer." What you should take home here is that drinking coffee, caffeinated or otherwise, is one small thing you can do - one of many small things, including eating more fiber and avoiding processed meats, to name just two - as part of an overall healthy diet that will help you avoid cancers as well as heart disease, diabetes, and more.