Snack right!
A lot of health issues come from snacking and this is because many snack foods are very calorie dense (high calories for small portions). A sweet snack like a Kit Kat bar has 220 calories and 11 grams of fat, whereas only 6 Triscuits are 120 calories and 5 grams of fat. Most such snack foods have little nutritive value.

A Nutty Thing....
We have reviewed a lot of snack bars on the Dr. Gourmet website. This is because I realize that folks do eat snack foods. Like my reviews of frozen dinners and fast food recommendations, I talk with my patients about trying to eat the freshest food possible, but I also want you to know what the best alternative is. 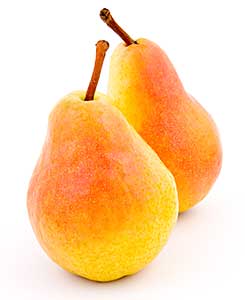 At nearly every lecture I give about eating healthy, somebody asks about snacks. Although there's no scientific evidence that eating more frequently speeds up one's metabolism, people seem to have bought in to the idea, and so snacking, at least among my patients, has become the norm. The problem is that it sounds plausible: if it's true that your metabolism slows when you go without food overnight (actually true), then eating more frequently would speed it up, right?

Nope - at least, not above what is normal for you. Again, there's no scientific evidence that frequent meals increase the number of calories you burn while at rest (your basal metabolism). What we do know is that often snacking simply means eating excess calories - and those excess calories can result in weight gain. On the other hand, snacking is also sometimes compensated for by reducing the number of calories eaten at subsequent meals.

Researchers in Switzerland made use of information gathered from a dietary survey of over 6,000 Swiss to look at snacking patterns as they related to weight and overall diet (Pub Health Nutr 2013;16(8):1487-1496). The participants in the survey answered questions about their height and weight, whether they snacked, what they snacked on, and how often they snacked, along with questions about their diet in general. In addition they responded to demographic questions like marital status, number of children (if any), and how often they exercised.

Snacking in and of itself is not necessarily healthy or unhealthy - it all depends on your overall diet and what you choose to snack on. If you must snack between meals, make the right choices: snacking on fruits or vegetables is a great way to get more fruits and vegetables in your diet while eating something that's low in calorie density and likely to be very satisfying because of its fiber content. Nuts are also a great snack, and we've seen studies that suggest that those added calories (in moderate amounts) won't affect your weight.