Lose More Weight with a Big Breakfast
I've said for years that breakfast really is the most important meal of the day. Skipping breakfast appears to reduce your metabolism while actually delaying fat burning and increasing fat deposition. Having a higher-fiber breakfast of quickbreads or cereal not only helps you remain satisfied for longer, you'll eat your other meals more regularly throughout the day. We also know that those who eat breakfast tend to snack more sensibly, have better cholesterol scores, and have better insulin response than those who usually skip breakfast.

An egg a day may help you keep your eyesight
About 5% of people 65 or older suffer from Age-related Macular Degeneration (AMD), a disease which affects the part of the eye responsible for the sharpest central vision. One type of AMD has been associated with reduced blood levels of two antioxidants, carotenoids known as lutein and zeaxanthin. Chicken yolks provide a source of these carotenoids that is even more readily absorbed by the human body than lutein supplements or spinach, yet there is some concern that intake of additional chicken eggs might raise one's serum cholesterol levels.

Dieting? Eggs May Help You Lose

For years eggs have gotten a bad rap due to their comparatively high levels of cholesterol, and the egg breakfast has become to some degree a thing of the past. Studies of satiety (how satisfying a food is) indicate that eggs may be more satisfying than, say, a similar number of calories in a bagel form. One study appeared to indicate that eggs for breakfast might actually mean fewer calories eaten at lunch. 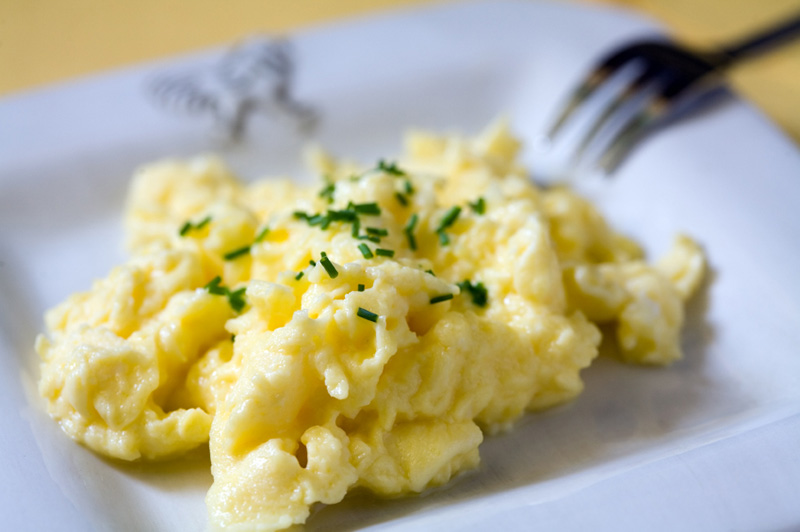 In a study recently published in the International Journal of Obesity (2008;32(10):1545-1551), researchers tried to take advantage of eggs' higher satiating effect by harnessing that effect for weight loss. If eggs are more satisfying on a long-term basis than the same number of calories in a bagel form, they reasoned, then eating eggs for breakfast might actually mean eating less over the course of a day without feeling deprived. Theoretically, then, eating eggs for breakfast might help you lose weight without really trying.

Armed with that theory, the researchers recruited just over 150 overweight but otherwise healthy men and women to participate in their eight-week feeding study. The participants were randomly assigned to one of two types of breakfast: either two eggs for breakfast (scrambled) five days per week or the same number of calories in a bagel breakfast five days per week. Half of the the egg eaters and half of the bagel eaters also reduced their total daily intake by about 200 calories per day, to produce a total deficit of 1000 calories per week.

“What about their cholesterol levels?” you may ask. Interestingly, at the end of the eight weeks of the study there was no significant difference in cholesterol levels between the bagel breakfasters and the egg breakfasters, regardless of whether they were reducing their total caloric intake or not.

As I've said on numerous occasions, eggs are not bad for you. This study indicates that when you're trying to lose weight by reducing your daily calories, they may actually help you lose weight. Just why this is true is still something of a mystery, however. Still, if you like having eggs for breakfast, quit worrying and enjoy them!