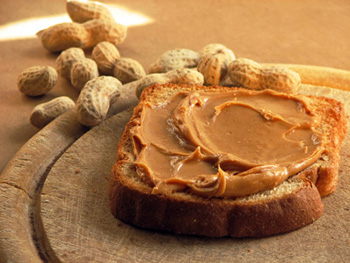 Allergies to legumes, which include peanuts, are very common, although just what percentage of the population has these allergies is not yet clear. Peanut allergies are well studied, and allergies to other legumes are believed to be far less prevalent than peanut allergies. Common legume allergies include those to peanuts, soy, lupins, and lentils. Just 0.3% to 0.4% of children are allergic to soy, but while soy oil and soy lecithin are nearly ubiquitous in processed food, they can be safely ingested by allergic patients.2

Peanut allergy is estimated to occur in 0.5% of children, although over 1% believe themselves to be allergic. There has been a dramatic rise in the incidence of peanut allergy in children, with one British study finding its prevalence tripling in less than a decade.

This allergy is particularly a problem as its reactions are relatively severe, and it is the most common cause of food allergy-related anaphylaxis deaths. It requires only very small amounts to trigger a response, which is what has led to the idea of "airborne" peanut allergy. Sensitivity to peanut oil, however, varies in peanut allergy patients and is highly dependent on brand and manufacturing methods.

Peanut allergy was previously believed to last for life, but there are now studies showing that up to 10% of people will become less allergic over time. A recent study published in the New England Journal of Medicine showed a significant decrease in peanut allergies in children when they were exposed to peanut containing foods early in their lives. This study compared two groups of patients: one group received a regular amount of peanut protein of at least 6g per week every week until they reached 60 months of age. The second group avoided exposure to peanut protein over that same period. Those children who received the steady dose of protein were significantly less likely to have an allergy to peanut protein.1

Tree nuts include cashews, walnuts, hazelnuts, almonds, pecans, chestnuts, macadamia nuts, pine nuts, brazil nuts, beechnuts, and pistachios. Tree nut allergies occur in 0.5% of the general population in the United States. Reactions to tree nuts tend to be severe, and patients can experience anaphylaxis (a life-threatening allergic reaction) even on first exposure. Interestingly, pine nuts (sometimes called pignoles) are also tree nuts but generally do not cause severe allergies. Further, the cocoa bean is a tree nut as well, but allergies to cocoa/chocolate are rare because of the extensive processing of the raw beans. Although peanuts and tree nuts belong to different botanical families, there is significant cross-reactivity between them: estimates vary, but studies have indicated between 2.5% and as much as 50% cross-reactivity.

Because tree nut allergies can be life-threatening, in the United States foods that contain tree nuts, or are processed in a plant that also processes tree nuts, are required by law to place a warning on their packaging. This is not fool-proof, however, as there is the risk of cross-contamination. Further, tree nuts (and their oils) are often hidden in foods sold in restaurants and bakeries. Hidden sources of tree nuts include nougat, pesto, marzipan, cereal, crackers, granola, chocolate, baked goods, mortadella, and barbecue sauce, and tree nut oils are sometimes used in soups, as well. For this reason, patients with moderate to severe nut allergies are advised to carry an Epi-pen at all times.2

Those with allergies to tree nuts rarely gain tolerance towards them. In one study, only 9% of pediatric patients outgrew their allergy.3