There has been some concern that although a Mediterranean diet might be good for your heart, it appears to lead to weight gain and obesity. (And we know that being overweight is NOT good for your heart!) Specifically, surveys done in the European Union indicate that those who most closely adhere to a Mediterranean diet (the Greek population) have a high prevalence of overweight and obesity. 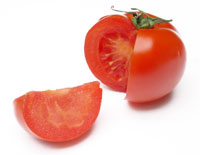 A study published last year in the American Journal of Clinical Nutrition seems to show that a Mediterranean diet does not, in and of itself, lead to weight gain and obesity.

The study included 23,597 male and female volunteers between the ages of 20 and 86 who were recruited to participate in a much larger European study to investigate cancer and nutrition. Subjects who had coronary artery disease, cancer, or diabetes were excluded.

For the study itself, each volunteer was weighed and their height measured so that their Body Mass Index (BMI) could be calculated. Their waist and hip circumferences were also measured and their Waist-to-Hip Ratio (WHR) was calculated. Finally, each volunteer answered a detailed food questionnaire regarding their dietary intake over the past year, which allowed the researchers to assign each volunteer's adherence to the Mediterranean diet on a scale of 0 to 9, with 9 being the highest level of adherence to the Mediterranean diet.

Researchers also collected information on the subjects' level of education, whether they smoked and if so, how much, their level of physical activity, and their average caloric intake, among others.

The results? The researchers found that:

What they did NOT find, however, is any indication that a high level of adherence to the Mediterranean diet actually caused the subjects' BMI to increase. Even when the researchers did not take caloric intake levels into account, they found that a higher adherence to the Mediterranean diet only increased BMI by 0.21 among men and 0.05 among women. They found similar results for Waist-Hip Ratio, as well.

The high level of obesity in Greece? Most likely had more to do with low levels of exercise and overeating than with what type of diet people were following.

The take-home messages are twofold. First, no diet, even a heart-healthy style of eating like the Mediterranean diet, is a magic bullet. You can eat lots of food that is good for you and still risk your health by being overweight. Moderation in eating is key. Second, exercise is critical to low BMI and overall health. You can improve your health by improving your diet, but the only way to be slim AND healthy (because you can be slim and UNhealthy) is to eat right and exercise.

If You Needed Any More Evidence: More on the Mediterranean Diet
Researchers in Italy recently pooled the results of 12 previously-performed studies of the effects of the Mediterranean Diet on people's overall health (BMJ 2008; 337:a1344). These studies included, in total, over 1.5 million people and each study lasted between three and 18 years.

Mediterranean Diet, lifestyle factors, and the elderly
Researchers in the Department of Dietetics at Harokopio University, in Athens, Greece, evaluated the combined effects of a Mediterranean Diet, alcohol consumption, physical activity, and other factors on the cholesterol levels of persons 65 and over.

Just a little olive oil
Olive oil has a well-deserved reputation for helping to reduce the risk of heart disease. Most of that reputation is from research into the Mediterranean Diet, so named because it is a collection of dietary habits followed by those in the region of the Mediterranean Sea.

More interesting Mediterranean Diet research
Eating a Mediterranean diet has clearly been shown to help reduce the risk of heart disease. Numerous studies have been completed, but most have compared the diet to a typical Western diet....

A Mediterranean Diet Won't Make You Fat
You've probably heard that a "Mediterranean Diet" will help you live longer. . . . Recently, though, there's been some concern that although a Mediterranean diet might be good for your heart, it appears to lead to weight gain and obesity.