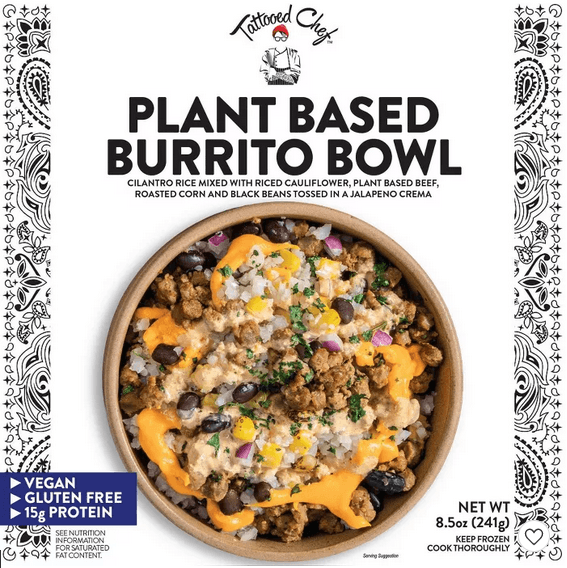 We've tasted some pretty terrible vegan frozen foods - vegan mac and cheese from Annie's, products from Alpha Foods, and even offerings from Saffron Road. For a long time "vegan frozen meals" has too often meant "bland" or "weird-tasting" when in fact it doesn't have to be.

We told you about a great example of good vegan frozen meals just a couple of weeks ago: the Waakye Beans & Rice from Ayo Foods, of which we said "This is vegan food the way vegan food should be: rich, flavorful, and satisfying food that happens to not contain any animal products." Other good vegan meals we've reviewed include the Vegetable Pad Thai from Saffron Road and, surprisingly enough, the Green Goddess Power Bowl from Healthy Choice.

Today we have two vegan and gluten-free offerings from a company that's brand-new to us: Tattooed Chef. The company is the brainchild of a (yes, tattooed) chef named Sarah, who started her culinary career in Italy but returned to her roots in Los Angeles with a dream of making foods that were "better for the planet."

Tattooed Chef? In this day and age it's hard to find a chef who's not tattooed. So it seems a perfectly reasonable name for a frozen food brand. While some of their offerings are higher in sodium than we will review, we grabbed two - a Plant-based Burrito Bowl and a Spicy Thai Bowl - that are within our preferred sodium range to review.

As we usually do, we chose to review the item we thought would be least spicy first. (If something is truly spicy we don't want to burn out our panelists' tastebuds before they get to the next item.) 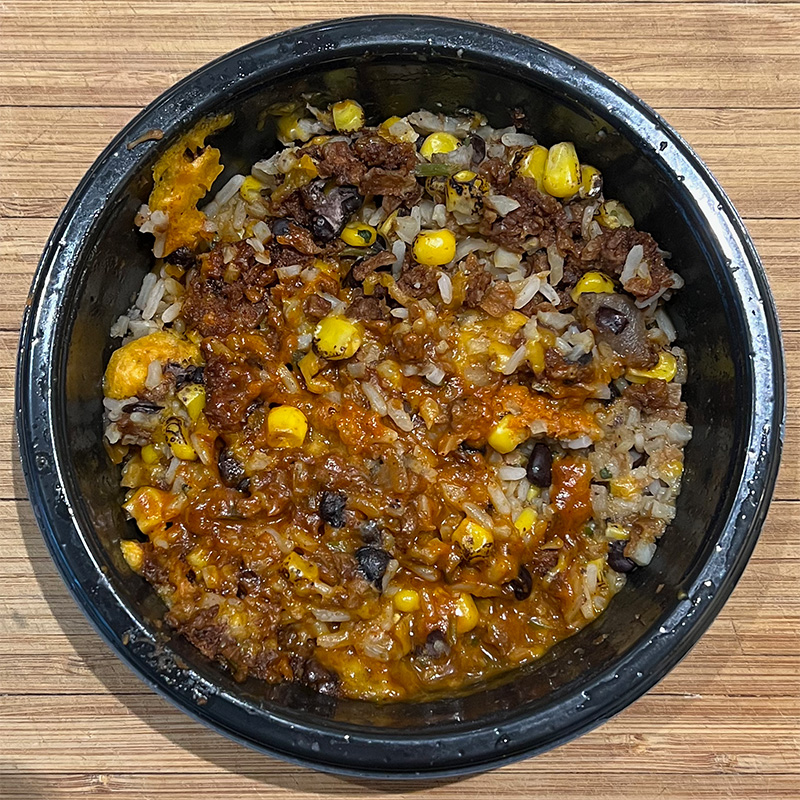 This Plant-based Burrito Bowl has 310 calories, 520 milligrams of sodium, and 7 grams of fiber - using white rice!

After about 4 and a half minutes in the microwave this smells like your favorite Mexican restaurant: cumin and cilantro. The rice is soft but not quite overcooked, while the savory black beans are firm and the corn adds pops of crunch and sweetness. This claims to include "plant based beef", or crumbles made with pea protein, but they disappear into the dish leaving nothing but a savory flavor.

Overall, this is everything you want a burrito bowl to be: savory and spicy with hints of jalapeno and onion, soft but not mushy, with a bit of spice at the back of the tongue. You wouldn't know it was vegan if it wasn't on the front of the box.

The Spicy Thai Bowl is just as good, if not better. 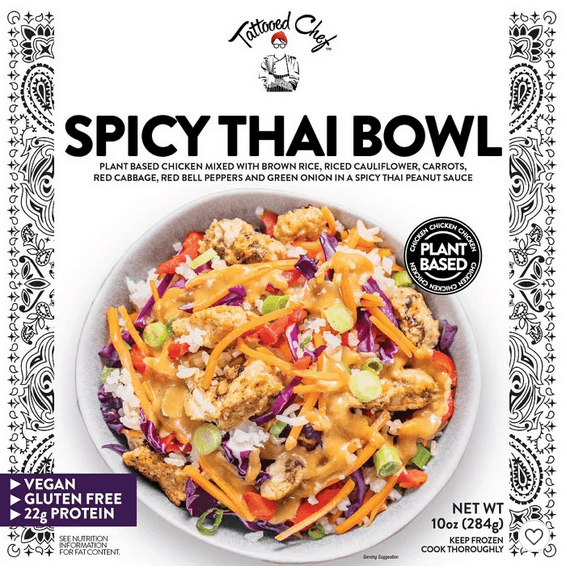 This dish includes brown rice, so the numbers are even better than the Plant-based Burrito Bowl: this has 440 calories, 510 milligrams of sodium, and 9 grams of fiber. I was interested to see that there is no added salt in this dish: it appears that all of the sodium comes from the (gluten-free) soy sauce as well as the ingredients themselves. That's thoughtful cooking. 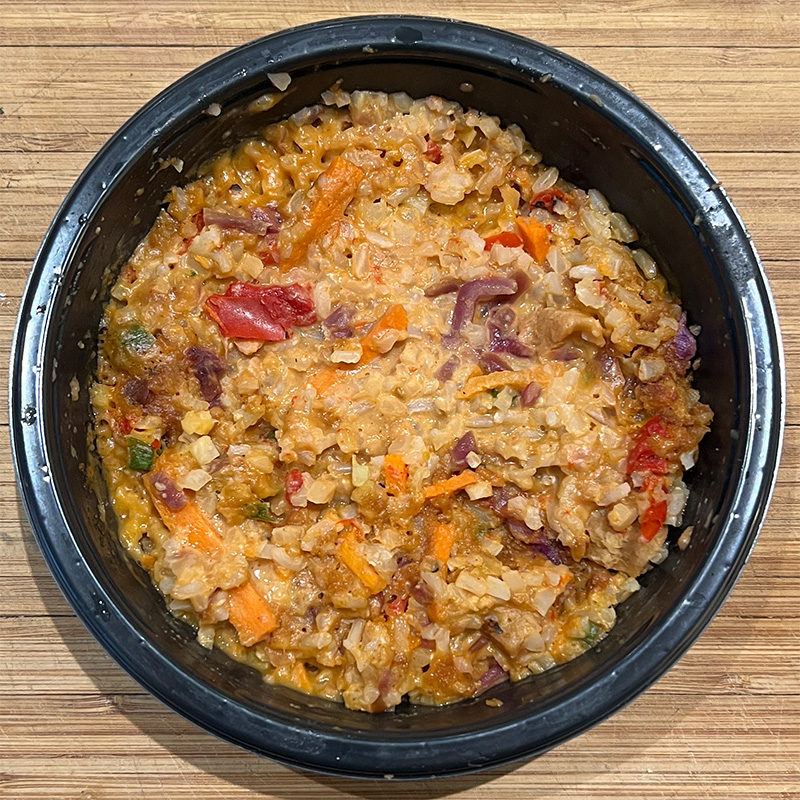 That bowl might look like the dog's breakfast, but it (and the Burrito Bowl) is just as impressive as last week's Waakye Beans from Ayo Foods.

As I mentioned, this is just a little overcooked brown rice with sliced red cabbage (crunchy), julienned carrots (also crunchy), and decent sized chunks of "chicken". These might not fool anyone into thinking they're actually a land animal protein, but it doesn't matter - they're savory and (a little) chewy and offer a nice counterpoint to the crunch of the vegetables and the softness of the rice and sauce.

The sauce has a thick and gooey texture with strong flavors peanuts and ginger. It edges on to too sweet, but it has a tiny bit of zing to let you know it's Thai-styled. Compulsively edible and we did eat the whole thing.