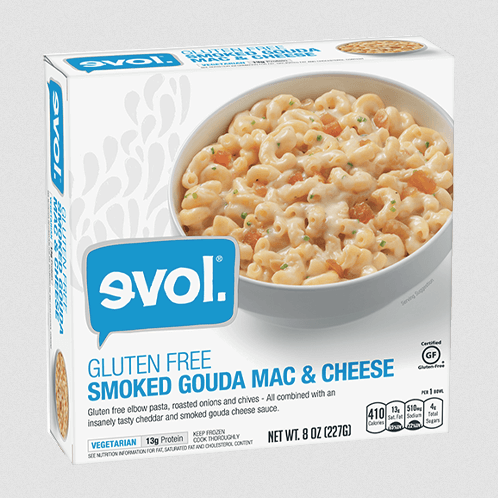 Back in 2014 we reviewed the four varieties in evol's mac and cheese line, with all four receiving a thumbs-down from us - mostly based on the amount of sodium, but also due to the total fat.

Now 7 years later we are tasting two of them again: the gluten-free Smoked Gouda Mac & Cheese and the Truffle Parmesan Mac & Cheese. 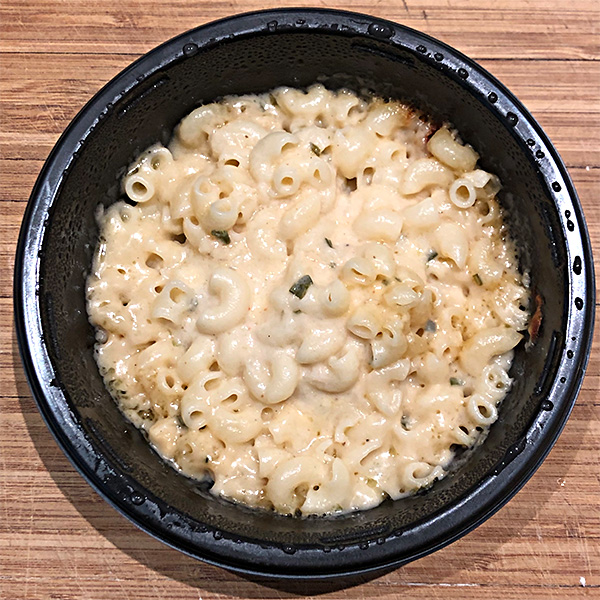 The good news is that the sodium content in both dishes has been cut substantially. The gluten-free Smoked Gouda Mac & Cheese (above) now has 410 calories, but only 510mg sodium and 3g fiber. Cutting over 250mg of sodium from a dish is darn impressive, and it shows in the flavor of the dish.

First, this is gluten-free pasta, so our expectations regarding the pasta were rather low. Too often a good stir of a gluten-free pasta dish means the pasta breaks up into bits - leaving us with shards of a pasta-like substance, not actual pasta. Not here - the pasta might be a bit overdone, but it holds up to cooking just fine.

Back in 2014 we found this dish bland, but it's not anymore - this now has an assertively smoky scent. This could be off-putting if it came through in the flavor, but the sauce is savory, with a definite smoky gouda flavor mixed with cheddar. Better yet, this includes bits of sweet, roasted onion to give the dish a little crunch and chives to give it a bit of sharpness.

The only down side of this dish - and it's not insignificant - is that it has 21 grams of fat and 13 grams of saturated fat. It's not something you should be eating regularly. 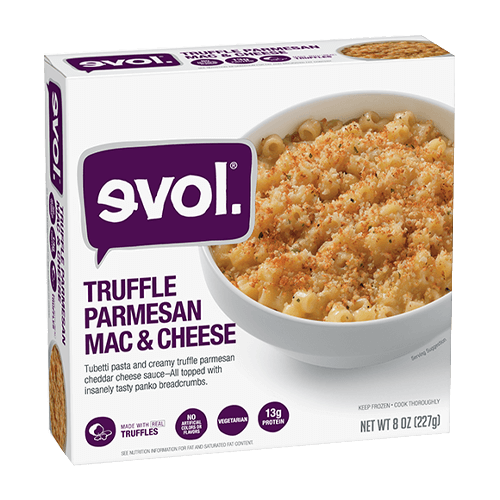 That said, the cut in sodium seems to have allowed the dish to show its full flavors. 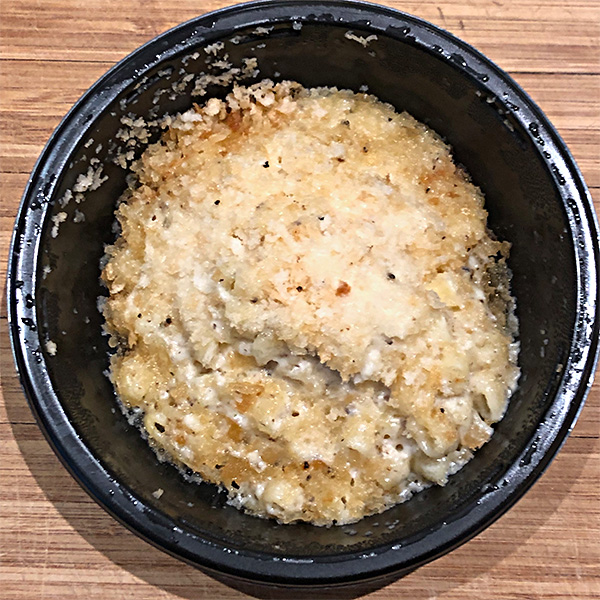 Sure, like many pasta dishes, the pasta is a bit overdone, but that just contributes to the thick, creamy mouthfeel of a dish that's basically an overpoweringly savory hit of grownup mac and cheese.

Now that it's not mouth-burningly salty, we can taste the three kinds of mushrooms in the sauce (champignon, porcini, and truffle), dotted with bits of garlic and parsley.

The panko crumb topping is a bit crunchy around the edges and gives the whole a bit of texture.

Unlike the gouda version, this does betray its excess fat right away - it's a bit greasy around the edges. Still, both of these are good mac and cheeses to save for a rainy day - there's too much fat to have these regularly.

It's nice to see that evol might be improving its nutrition facts after trending toward the excessively salty for a while. We'll keep an eye out for similar improvements in their other dishes.

Read all our reviews of evol Foods products »