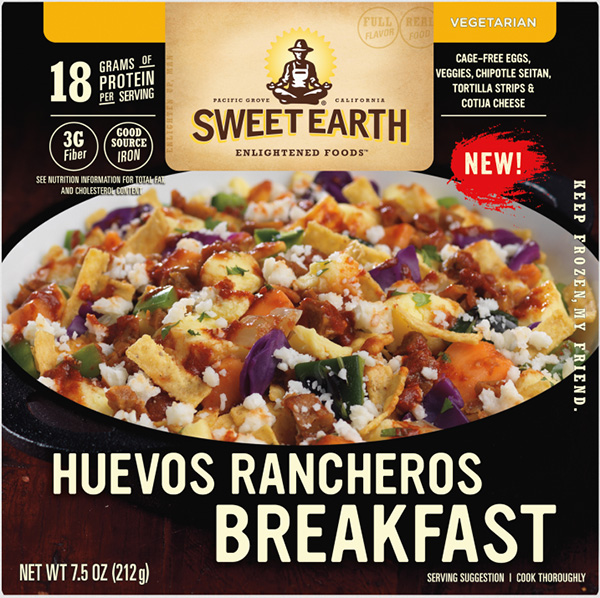 Imagine our surprise when we went to the store and spotted (almost) the same breakfast product from two different companies. They were sitting on adjacent shelves in our local Giant: Huevos Rancheros from Sweet Earth Foods and Tattooed Chef.

Their Huevos Rancheros Bowl has 340 calories, 480 milligrams of sodium, and 3 grams of fiber, along with "cage free eggs" and Sweet Earth Foods' Chipotle Seitan - so it's lacto-ovo vegetarian, but not vegan - nor is it gluten-free. 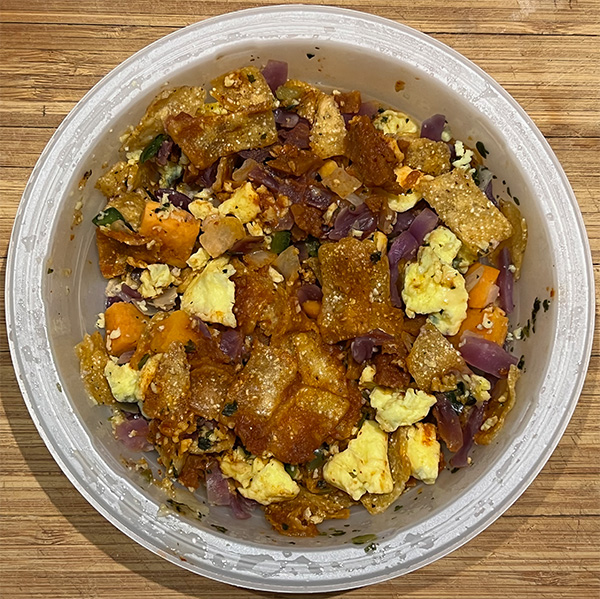 The scrambled eggs are about as good as you might get with reheated, microwaved scrambled eggs - close but not quite rubbery with a fair egg flavor. The "tortilla strips" described on the box are made with masa flour, so they've got plenty of corn flavor as well as that distinctively grainy masa texture. (They reminded our panel of nothing so much as Fritos® corn chips but with better texture.)

The mentioned chipotle-flavored seitan resembles nothing so much as cooked beef grounds, and you'd be forgiven for mistaking it for broken-up bits of "tortilla strips" - except they have lots of savory chipotle flavor that's a nice counterpoint to the corn sweetness of the tortilla strips. A particularly good addition to this dish are the chunks of sweet potato, which are soft and tender and also add a gentle sweetness. Round this out with bits of savory/spicy crunch from diced red onion and poblano peppers and you have a real winner.

Tattooed Chef is a comparative newcomer (at least to us). Their Plant-based Burrito Bowl and Spicy Thai Bowl, which we reviewed late last year, were delicious examples of vegan foods: flavorful, high in fiber, and restrained with respect to sodium. Yes, they were a little higher in fat than we would have preferred, but impressive and recommended nonetheless. 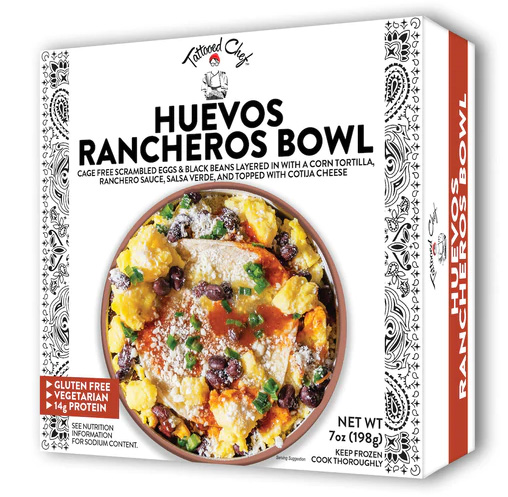 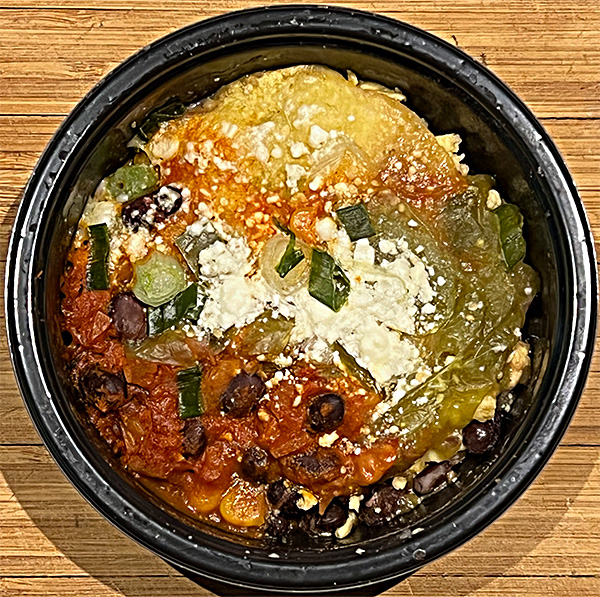 We thought this to be a bit more traditional Huevos Rancheros: the (tender) eggs are mixed with black beans (savory) and corn (sweet and crunchy) at the bottom of the bowl.

They are topped with a single soft corn tortilla, almost like a tamale pie, then that is topped with a bit of vegetarian chili (soft spice), enchilada sauce (zesty and tomatoey), cheese, and tomatillo sauce (bright, tart, and softly crunchy).